This is not one spicy meatball

Here we go yet again with the staple Samyang death sauce, it gives this dish a hearty blood red colour; as if its a warning that you are about to spit out blood because its going to burn your insides out. I digress from the story; this was as always a ripper of a meal. It filled me up to the point I had to stop eating and wait a bit before continuing. These bowl verisons usually are not that filling but man this hit the spot. 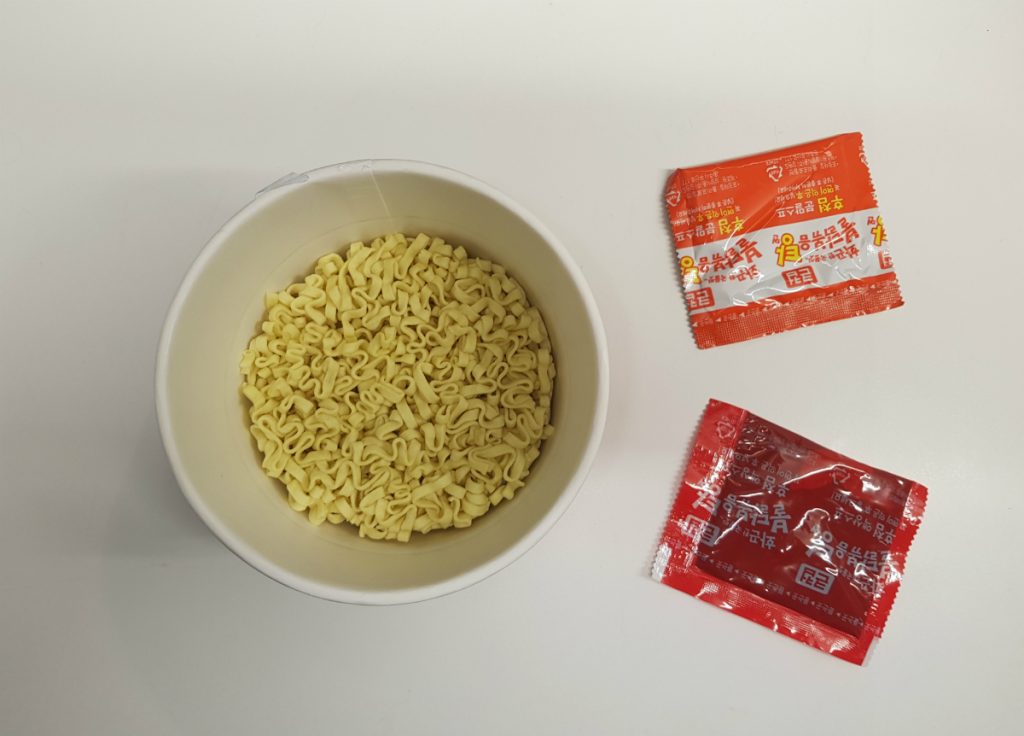 Standard nood block only in a bowl version! (for $9.99 buy one now and we will throw in death sauce for free). 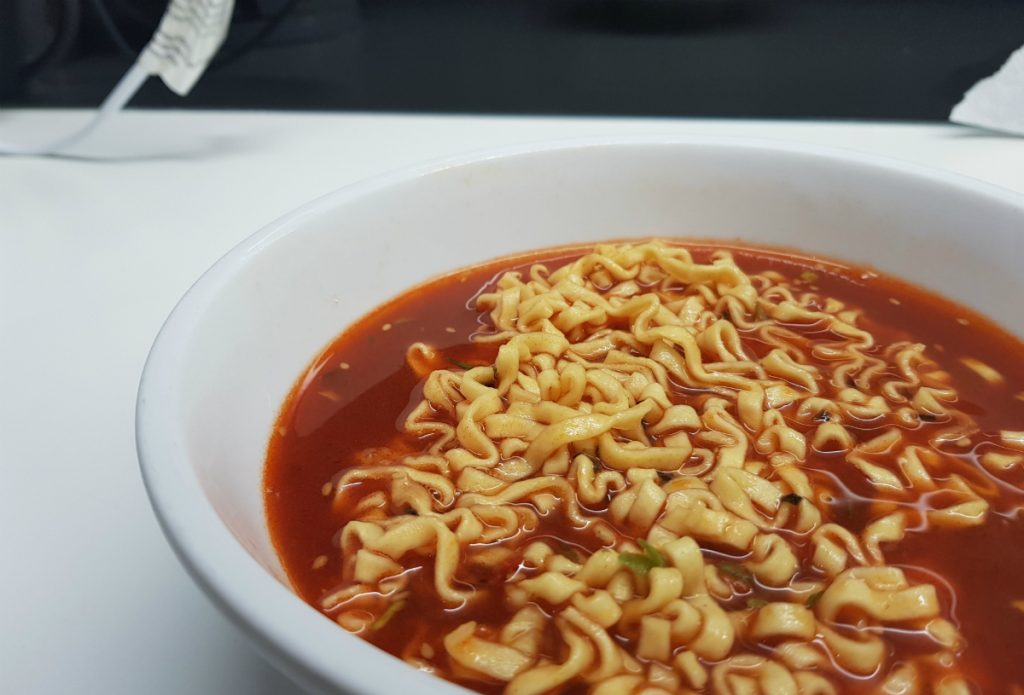 As you can see the hearty blood red, giving you that warning about your imminent death from third degree internal burns, would recommend this one for anyone who wants to try fire noods without the instant death; this is more of a slow and dull death than anything.

Well I thought I was in for a ride here; I was getting ready for nothing but pain from the rear end, but….I was in the clear! Turns out I only had gas which burnt my ring hole a little (is that normal?). Nothing happened all night, then suddenly I got to work and had to quickly evac the toliet and let one rip! It was hard and it was fast ; was all done in about 4 minutes

5 Flames, the gas was more painful then the poop

It’s been a while since we had the packet variety of these; I do remember they were pretty brutal (but not as bad as the regular fire noodles). And yeah tasting these it all came back to me. Delicious, sweet, chicken flavour with a healthy dose of heat. The noodles are fantastic (thick and flat); they really hold the flavour well. The broth is a struggle to get down quickly but we have definitely had worse. Overall the dish holds up really well in the bowl form; tastes great and the noodles themselves don’t suffer in the slightest.

I must be the odd one out as these didn’t give me any issues at all! 24 hours later and my bunghole is still safe. Hmmm. Strange.

I recall a lot of regret with the Fire Stew Noodles, I was scared and my butt was not ready for the news that this would be on the menu. Once again, this is a very tasty ramen, nice thick noods, convenient bucket, what’s not to love? the impending regret? These are hot as heck and tasty as hell, I’m glad we revisited for the bucket variety. I’m not hugely sold with the stew thickening up over time, it was a little syrup-y for my liking but tasted fantastic.

I regret everything, I regret being born and everything that led to this point. My stomach didn’t stop churning, but every visit to the toilet was a short blast of lava. 20 minutes later, same story. this happened 3 times. It hurts to sit the next day. As regretful as these were, the flavour is worth it.

9 Flames from this guy.