Here we are eating what ever kimchi is; have to say I was not a fan of what it looked like coming out the packet, looks sorta like cat food?

The powder as soon as it came out and the smell hit my nose gave me flash backs of the old days with Nacho cheese easy mac… oh how I miss them! 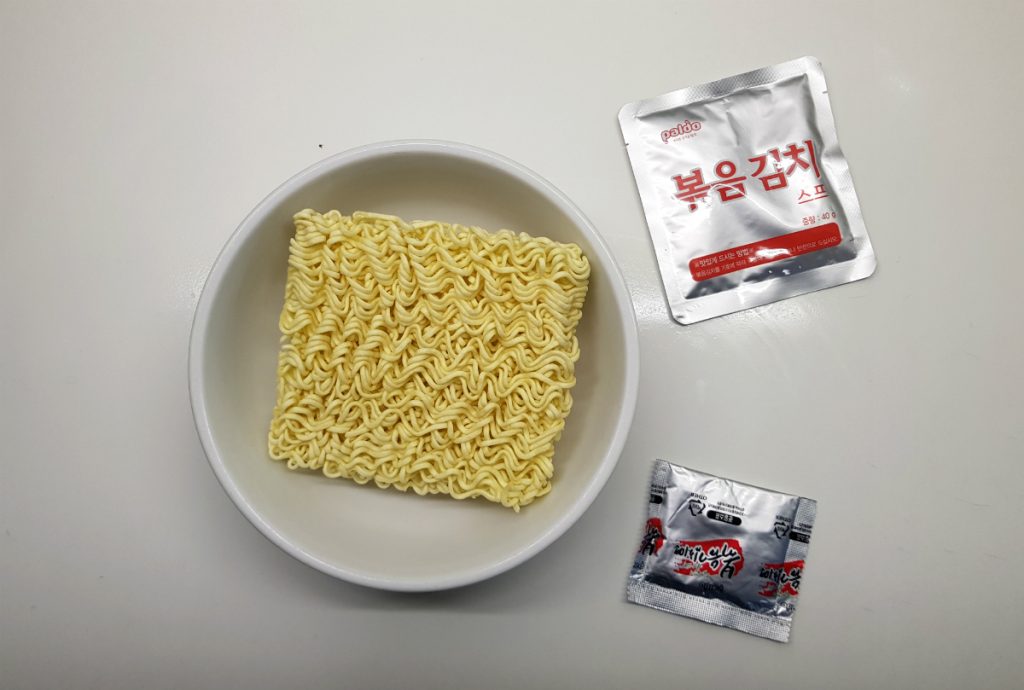 Bigger then you average nood block, it needs to hide the terrible “kimchi” (cat food) stuff.

Kam was wondering how fresh the kimchi was going to be, and kept talking about how cold the packet was holding the stuff, c’mon kam its instant noods they aren’t going to be fresh 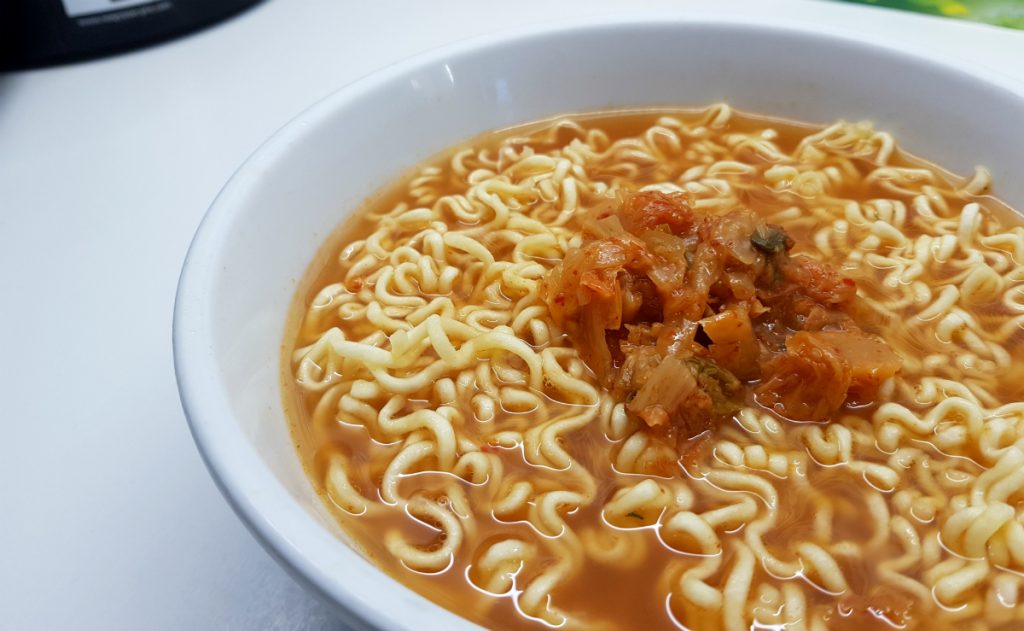 Overall the noods turned out well, they were really yummy except for the cat food bits but hey that’s just me! It was surprisingly spicy! Gave you that after tingle for about 20 minutes in your mouth, also didn’t help when i have a cut on my tongue which hurt so F8*^king much

Lets see how they fair coming out of my poop hole.

No surprise that the cat food like substance did not agree with my tummy, on the way home from work I actually had to stop at a public toilet in the city and boy that was something else never again, I was holding on like a rocket and then spent 10 minutes cleaning (nearly missed my train)

8/10 these boys are better going down then coming out!

Ok guys; I’m excited. Do you know why? The packet clearly states ‘Stirfried Kimchi Inside!”. Could this be true? Maybe! I can’t wait to see…yes! It does! Fantastic. And hey, for a packaged Kimchi it’s actually pretty tasty!

As for the dish; wow. This is the best Kimchi ramen I have reviewed yet; perfectly hydrated noods that hold flavour well, lovely tangy kimchi taste and a fair kick of heat. I’m glad this was a 4 pack because I’m gonna have another one of these tomorrow!

Or maybe I won’t; these things were regret central! I had an evening of stomach cramps followed by greasy firey poo’s that seemed a bit shy to materialise at first. Not only was I shooting flaming porridge out of my rear at night but it followed me through to the morning too; ouch! My keister will never be the same again. But man were they tasty!

When it comes to a package stating that is comes with real ingredients, I get a haunting flashback to the Quail egg and how sickening it was. Luckily, Kimchi is supposed to be fermented and I imagine it doesn’t go rancid like the egg.

This was damn tasty, I enjoyed the sour spice of the Kimchi with each mouthful, top marks for flavour, it was fantastic and extremely more-ish. Heat was definitely present but I wouldn’t be comfortable going any higher than medium, if we were being pedantic, it would be a high medium heat.

Regerts, wow, were there some regerts. Night of consumption, I was a blocked up little boy. Nothing was coming out, I was pushing like a lady in the 13th hour of labor and it was to very little effect. The need was there, but the bowels were uncooperative. Next day was the opposite, I didn’t really feel the need to poop but parked my butt on that porcelain out of habit and fury ensued. Just liquid fart after liquid fart. It was unrelenting. The only thing preventing this from being an 8 flame is the fact it wasn’t stingy. 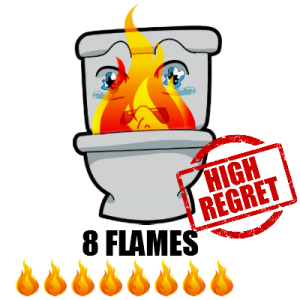