Here we go topping out at 99 of our ramen; we finally start coming to a more standard packet of noods!

This nood looks exactly the same as the Indomie Mi Goreng, even has the exact same packets of soy! But can this be different? Let’s find out.

Kam kinda did some wacky thing with the contents of the packets (put all the seasoning into a cup and mixed before adding to the noodles), apparently following the instructions? But I just did the good ole throw-all-in-and-mix! 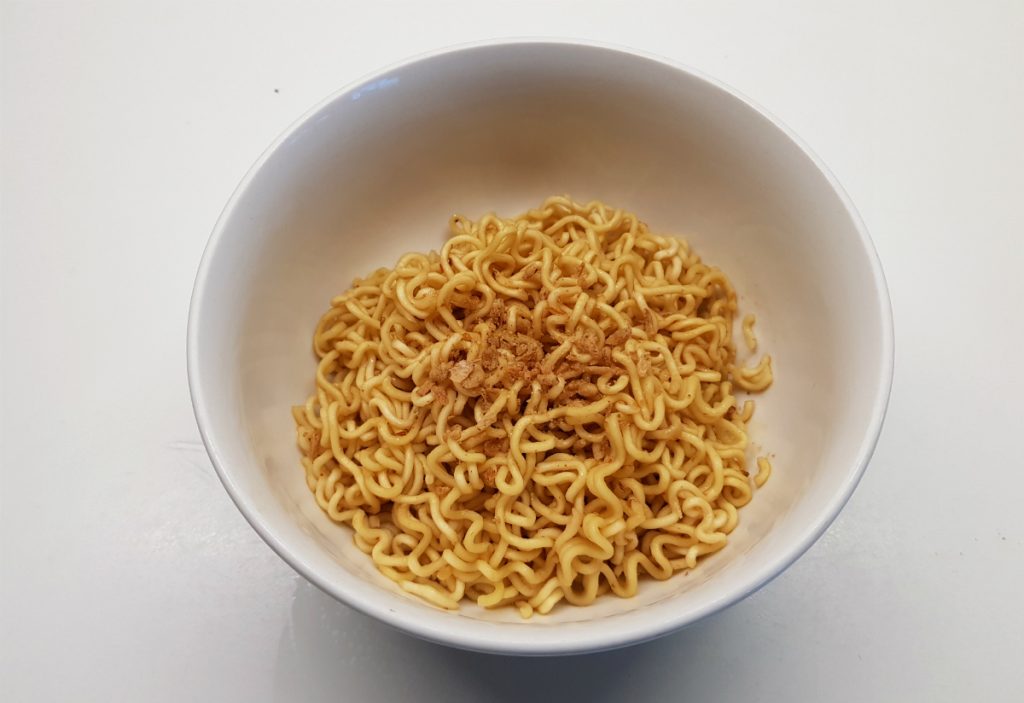 It’s got some heat on it more then I would expect from such a basic nood, but at the end of the day it was nothing compared to some of the noods I’ve done. The flavour was similar to that of the standard Indomie Mi Goreng but something was off; something is different but I cant think of what it is?!?!?

This one was another quiet on the western front one, nothing was heard and nothing was produced in fact i didn’t even have to evac at the toilet at all so this was a pretty standard aftermath for me!

So these are another Indonesian brand of Mi Goreng. Funilly enough, It’s still manufactured by IndoFood – as is the Indomie stuff – so I wonder if this will taste any different.

Upon opening I was convinced these are just repackaged indomie; the sachets inside were literally the same packaging and sachets! I did think the chilli sauce appeared a little darker though but maybe it was just me.

Flavour-wise these are really good! Tastes just like Indomie Mi Goreng, but I’m certain they had a little more kick to them. It does make me wonder why Indofood felt the need to produce these when they already have a near identical product under Indomie branch but whatever; more Mi Goreng for everyone!

I actually had a bit of trouble immediately after eating this; I had the greasiest and swiftest poo I’ve had in a while. I remember telling the guys that this can’t be related though; way too soon. That being said the evening yielded a similar result; no sting, but a definite laxative effect as the poo made its way from starfish to fishbowl with the utmost speed. I’ll say theres definitely something here; but nothing you can’t handle!

I’m sick, I can’t taste things very well. I have caught a case of the death, Pray for me. One like = one prayer. I think these tasted good? What I could taste was similar to Indomie Which is of cause the benchmark for Mi Goreng in my book. I’m not sure if it’s because I’m a sook when I’m sick but these definitely seemed spicier than Indomie ‘s serving.

Regrets were non existent, Nothing happened down below of concern.