Oh my! Sometimes I feel like we should just convert to “Samyang Regret Rater” as it seems this is all we review; but no one else in the noodle industry is contributing as much to the cause. Seriously; Samyang drops more consistent hot bangers than Roc-a-fella records in the late 2000’s. My body is ready.

So these come courtesy of a reader; I haven’t seen these anywhere so thank god we have people out there who appreciate what we do! These look like the regular fire noodles we all know and love but in my mind I can’t help but feel there’s something odd about the combination; it’s almost like Samyang’s marketing team have just sat in a room bored and had the following discussion:

Samyang marketing dude in a nice suit:  “You know what I love? CARBONARA.”

Samyang marketing dude in a not-as-nice suit, but it’s still pretty nice. Like maybe from a Department store or something. But one of the nice ones: “Yeah I like Carbonara”

Samyang marketing dude in a nice suit: Carbonara is so good. But do you know what would make it better?”

Samyang marketing dude in a not-as-nice suit, but it’s still pretty nice. Like maybe from a Department store or something. But one of the nice ones: “What would make it better Chuck?”

Samyang Marketing Dude in a Nice Suit:“FIRE. FIRE WOULD MAKE IT BETTER DARREL.”

Samyang marketing dude in a not-as-nice suit, but it’s still pretty nice. Like maybe from a Department store or something. But one of the nice ones: “Oh…My…GOD…”

I know Darrell and Chuck aren’t Korean names, but I don’t know any and to just make some up would come off as extremely racist. (Not at all hilarious like these fake American names a Japanese Game designer had to come up with for ‘Fighting Baseball”):

Samyang, just because two things are great on their own doesn’t mean they belong together (think Chris Brown and Rhianna); but you have done crazier things before and have prevailed so I am willing to put my trust inside of you. Let’s hit this. 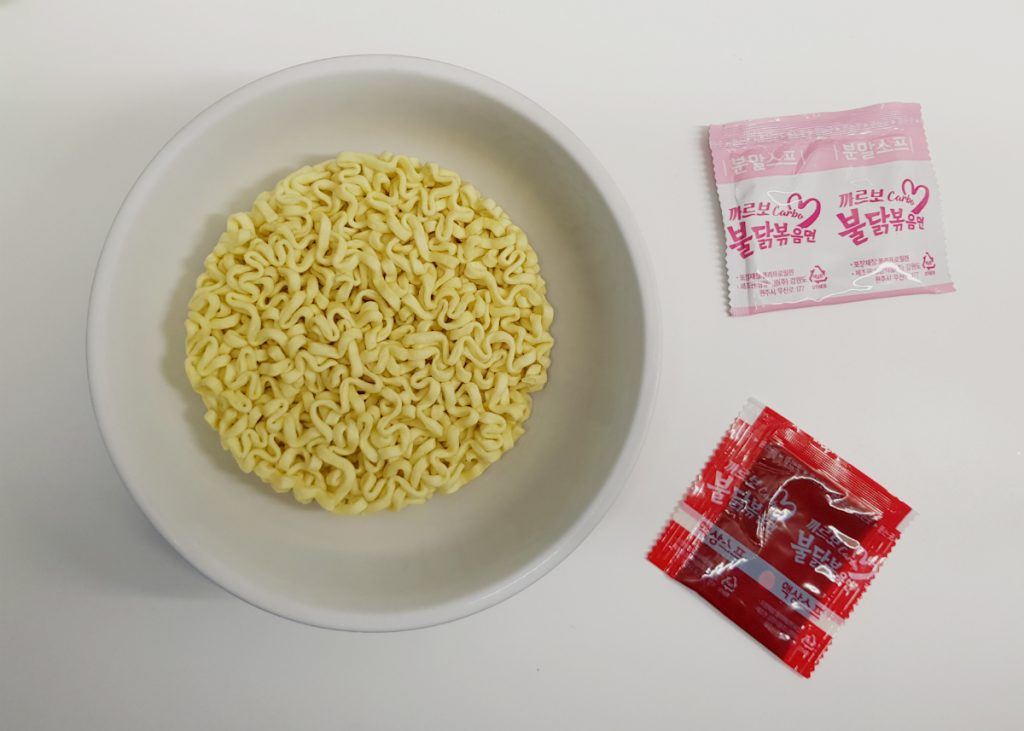 So the first thing I thought was “Less hot sauce, more cheese? Is this gonna pack a punch at all? Are these even fire noodles?” Besides having multiple questions I did still have one important thing; in the Samyang gods I still had my faith. So I threw it all together and, hey, they actually looked pretty damn good! Not only did they nail that creamy look (it would be hard not to with the amount of cheese powder they include in these) but they smell fantastic! Like a creamy flame slowly seeping it’s way into my sinuses. 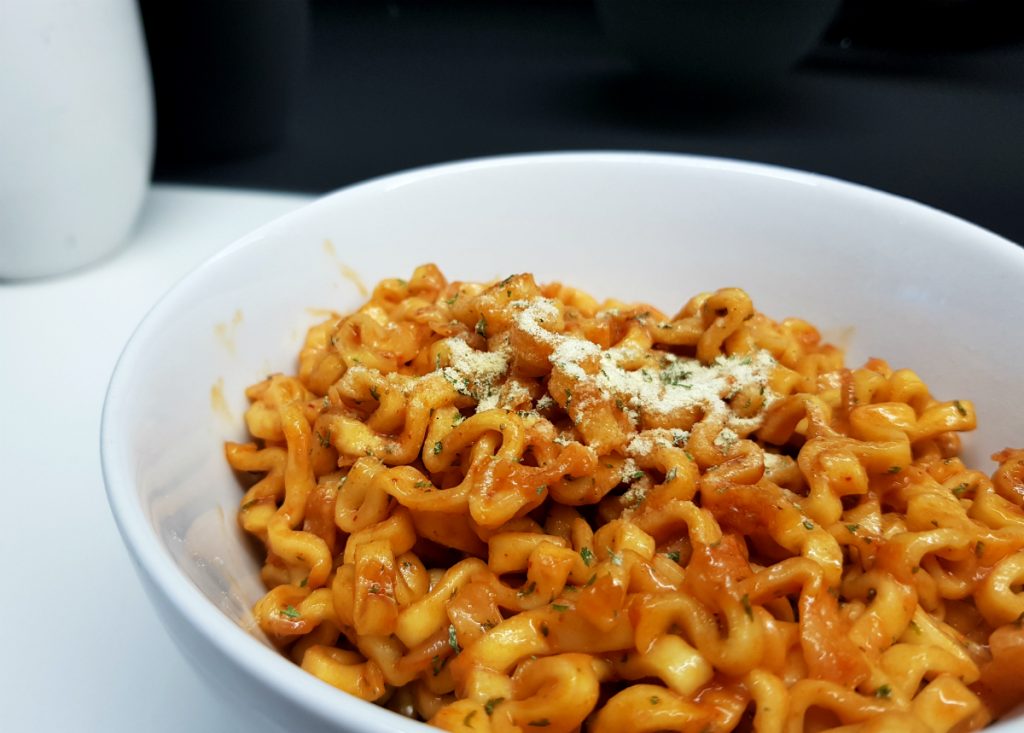 They also look the bomb; I dive right in. Goddammit Samyang how do you keep nailing these? They are delicious! You guys in your nice suits really know what you are doing! If I had to describe what they taste like – and I do because this is a review – I would say it’s like you took Samyang’s Fire noodles, dipped them into a tub of whole cream, and then rolled them in a crap-load of grated cheese before chucking them in the ‘ol microwave for a 2 minute nuke. You could also describe it as the feeling of taking a handful of chilli, a handful of cheese, clapping my hands together, and then rubbing the ensuing mess all over my face. Freaking amazing. I love these. I want to live in these. More. Please.

Not as spicy as OG the fire noods but these are still not for the feint of heart.

Samyang; another winner! We are not worthy.

Well. That was anti-climactic. My butt didn’t make a peep last night; I didn’t even need a regular poop. To be honest, what did I expect? Samyang are slaying it with the butt-friendly noods and to be honest I hope they continue. I like fiery treats; I don’t like burning seats.

Well, well, well, Samyang have pumped out another treat with their world class formula. Packet of red thick burning sauce, thick tasty noodles and Cabonara? I had my suspicion that this was going to just be the cheese fire noodle again, but I was pleasantly surprised.

Don’t get me wrong, this draws a lot of similarities; it does have a similar cheesy taste but also seems to have like a powdered cream involved. I would say this is perhaps the least spicy of the fire noodles going at the moment though I’m confident there is one flavour that’s eluded us.

It’s hot but Kam isn’t dripping with sweat as much as usual and I’ve only got mild hiccups as opposed to violent ones. Being 2018, I’m extremely tolerant of all things, including lactose so I’m not in too much fear of any repercussion from these.

I’ve got to be honest, I forgot that I had these when I was pooping. This is a good sign. It wasn’t until this morning where I got my usual scolding for not writing anything yet that I realised that I forgot to really savour the poop and pay attention. I would have to say these were great going in and great coming out. Win-Win

I will start this off by saying I freakin’ love Carbonara! So I was excited however I set expectation for these bad boys quite high. Even just looking at the packet, my taste buds start tingling as the anticipation of getting treated then punished by Samyang sets in.

Like every other Samyan banger, the noodles are thick and a round cake (makes sense as bowls are round right??). Thick noods almost seem fitting with the Carbonara theme. Once the red death sauce (not as much as previous fire versions) and the cheesy powder (a truck load) is added, the end result looks goddamn magical, I almost shed a tear. These are by far my fave so far, you can definitely taste the Carbonara elements and the consistency is perfect. Heat is strong but in comparison to the 2x and Fire noods definitely bearable, the lip burn is amazing. A solid 11/10 from me here Samyang!

No regret at all! Not even an uncomfortable rumble or sloppy steamy fart. Even though these didn’t quite cut the infernal mark they still are hot enough to truly deserve a  Seal of Approval.

Samyang. Just stop. We don’t even need to buy these any more; next time I see a Samyang noodle in the shops I’m just gonna slap a Seal of Approval on ’em. GG.