The weirdest cup I’ve ever seen

If only we had a word for the shape that this packaging comes in, We could call it a bowl? OR KING CUP! Now, the King Cup I am familiar with is a drinking game that has never failed to make me violently ill, I hope this holds a different fate. 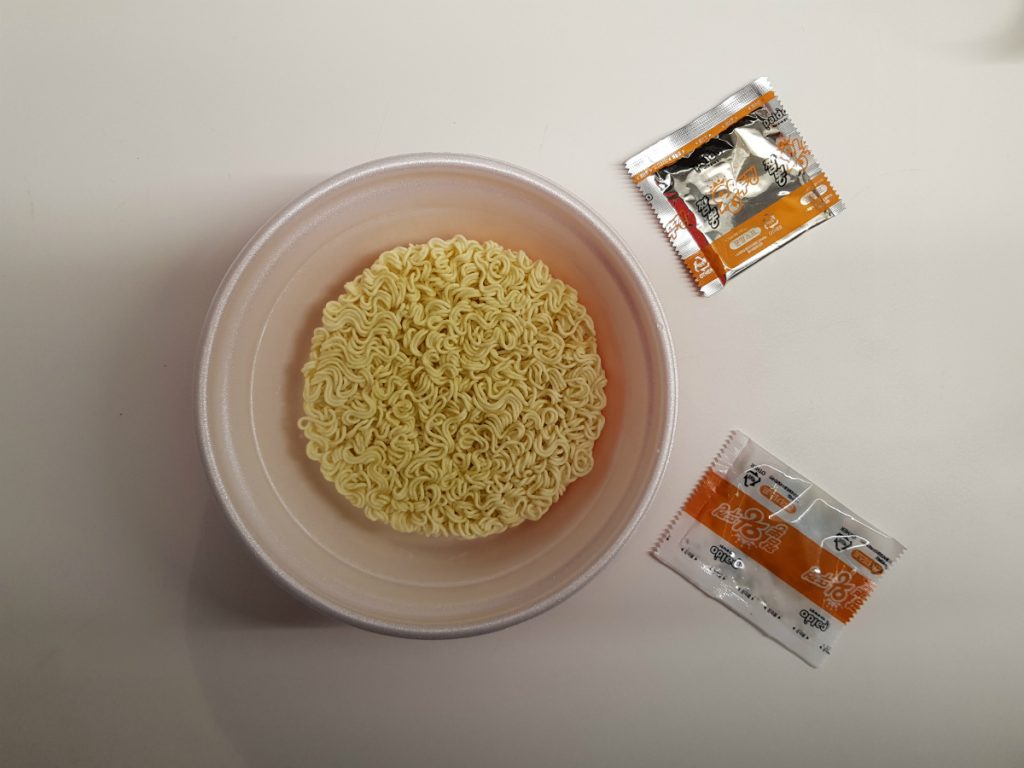 I must admit, serving size is generous, its a big “king cup” of noodles, that will hit the mark for the moderately hungry. It REEKS of seafood! I mean this smells like the fishiest Ramen we’ve had and I’m a little underwelmed by the bag-o-bits, Not a whole lot of veg in there but it’s enough not to annoy me too much. 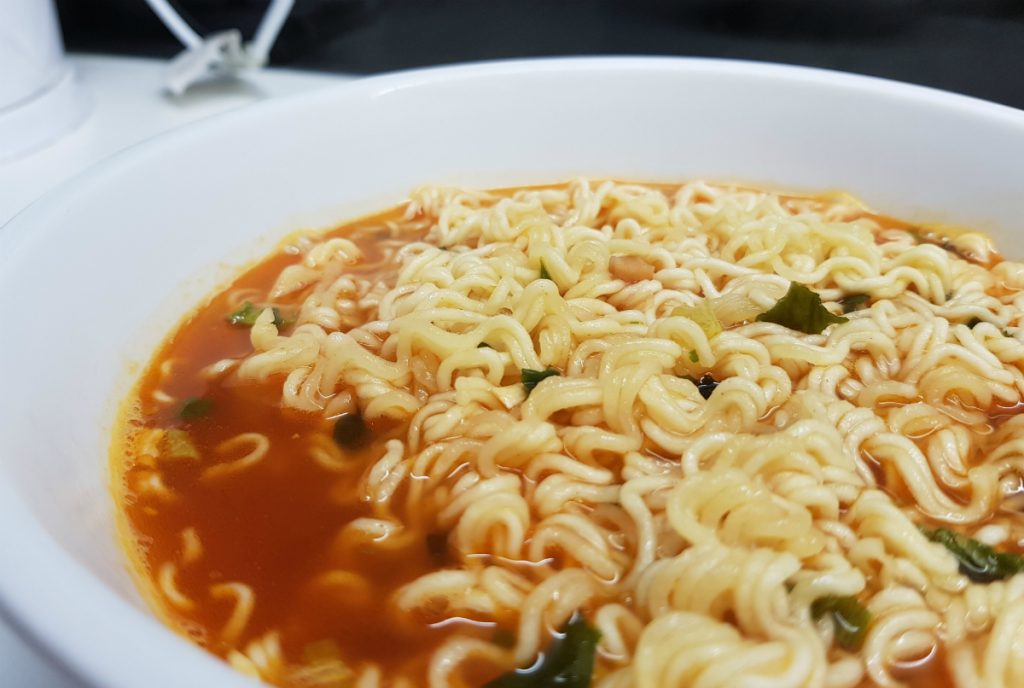 Flavour wise, these had a good kick. Nice little chilli hit that gave the mouth a buzz, which caught me by surprise as the package makes no mention of being hot. I was quite happy that the flavour was no where near the overwhelming fish smell, it was actually hardly noticeable after maybe 2 mouthfuls. I will admit that these were quite good, it hard a nice depth of flavour and a good little chilli hit, sometimes, I’m glad to be proven wrong when I assume I will not like something.

I have had fantastic poo’s this week, This wasn’t an exception, I got in and knocked it out quickly with minimal strain and minimal wiping, infact it was the fabled ghost poo. I sat I shat, I wiped and was already clean. What more could you want! If I could give this Negative flames for convenience, I would.

So many champongs! Hey, I’m not complaining. Ive become quite partial to a good champong ramen. Paldo’s certainly packs the goods in terms of serving size and the flavour is on point! Really hearty flavour that isn’t overpowering with seafood. Real nice heat too! The only thing I would change is the thickness of the noodles (I REALLY like thick noods) but I can’t really complain as these hold onto the flavour superbly. Good show Paldo!

I don’t know what the deal was with these but my stomach was churning all evening! It wasn’t good. I made at least 7 trips to the bathroom over the course of the evening and only two of them eventuated in movement; the stingy, sporadic kind. I can’t even explain it. It wasn’t that hot. Why does paldo forsake thyself? No no. These are regretful friends.

8 flames. Not an ounce of fun last night.

I opened these puppies up and I was not disappointed in the nood block size; it was out of this world big! I almost felt sick with how big it was; the noodles loved soaking up the water and were ready in the 3 minutes advertised on the packet! We were having some trouble figuring out the actual flavor and had to look to a simple Google search for answers.

The heat was enjoyable, gave that tingle at the back of the throat while also not destroying the noods taste. This did however destroy my bum hole, I was stuck on the toliet for ages! I wont put this in terms of actual time, but in terms of battery life on my phone, i went from 48% to 20% while on the shitter!

7/10 for making my phone nearly die