Ah Samyang; we have a fondness in our heart for your little fiery treats. We look for any excuse to slide your hot noods down our moist throats so in this respect we are glad you make such a variety of styles and packaging formats; this way we are constantly finding ways to re-visit a small bowl of heaven.

Anyway…these are the bowl version of Samyangs Cheese Buldak; let’s see how they stack up both on their own and in comparison to the packet version! 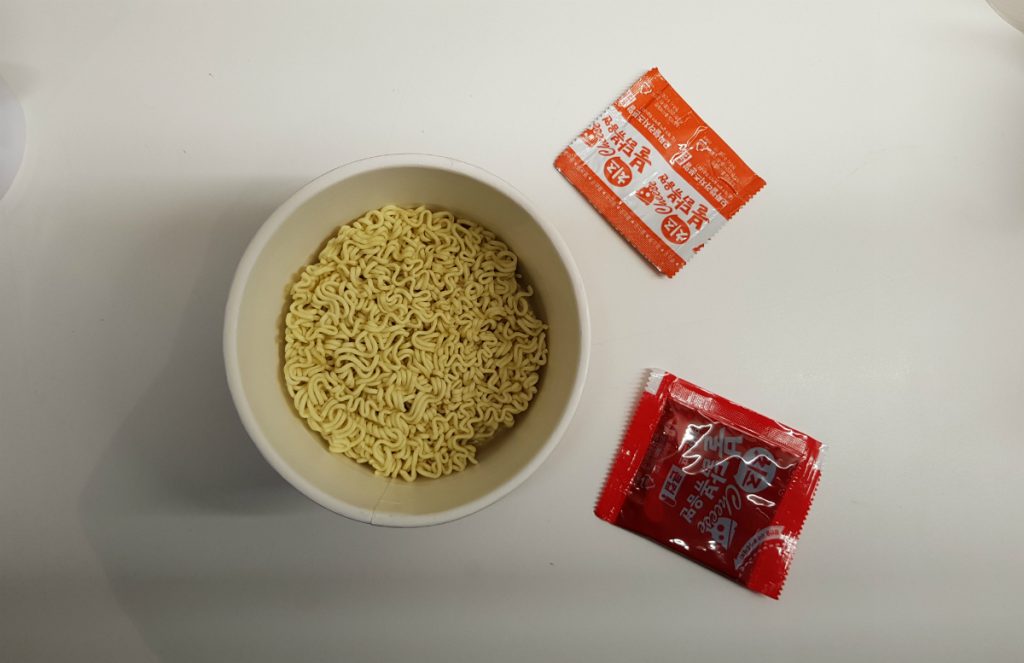 So, as expected the noods are slightly thinner than the packet variety as to lend to a quick steeping; the smell is fantastic just as I remember from the packet variety (spicy and cheesy). They seem to cook pretty quickly and taste is spot on (a spicy chicken and cheese tang. Fantastic!).

Now I don’t know if it’s the bowl variety, or if there was something wrong with us when we reviewed the packet version, but these feel like they should be an ‘extreme’; why did we rate the packet versions only ‘high’? Josh thinks it was because we were working our way through some of the hottest noods in the biz at that time…he may be right. It’s a tough call. These are nowhere near the hottest noods in the biz, but these are GOD DAMN HOT. Like, I’m still sweating as I type. 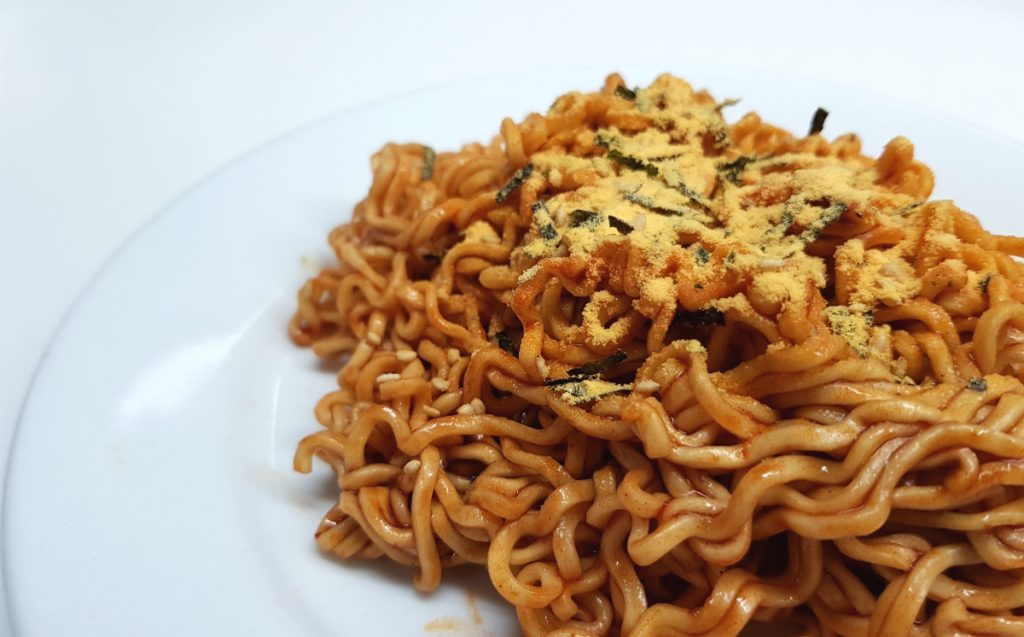 It will be up to my fellow reviewers to see where this lies overall; but I feel if we end up giving this “extreme” we are going to have to go back and re-review the packet version…you know…for consistency. I truly think it’s right on the border leading into extreme territory. Stay away if you are spicy shy. BUT COME IN IF YOU LOVE FLAVOUR.

Well I actually had some difficulty with movements before I left for work; had to make a few trips before I felt any kind of relief. So weird; it’s almost like these backed me up!

The evening did bring a few alarms my way; I had to hop to the loo on more than one occasion thinking my bowels were about to explode but each time it was more push than pull. Had to be careful as I didn’t want to pull a muscle!

I eventually emptied my bowels with no sting; but my gosh there were way too many trips to the loo to think this is safe to eat before a night out.

I’m gonna be honest, I believed the normal packet was hotter then these ones, maybe my memory is wrong but me personally I think these weren’t as hot.That being said they are still hot – like WTF hot – so they have earned the extreme rating, maybe we need to redo the normal packet to confirm.

The bowl was actually really good I loved the flavor, reminding me of nacho cheese easy mac with a punch to the face of spice – oh the good times – I hope these will come out worse then nacho cheese!

Just as I was getting home, I felt the devil knocking on the poop hole, so I rushed to the toilet thinking this was it, I was gonna die pooping, but no it was a false alarm and I heard nothing all night, I’m really disheartened by that.

3 Flames with the pain

What the heck were we thinking? Last visit to this we hit these with a “High Heat”, we were wrong. Either we have gotten weak and complacent or the bowl is a lot hotter than the packet variety (perhaps a revisit is in order). Flavour wise, things are much the same; delicious, cheesy and freaking hot! I’m annoyed at myself for not eating these more often, I could easily say aside from the original fire noodle, these are my favourite Samyang product thus far.

Regret was a wild card, bowl varieties sometimes send to come with added regret, things were pretty normal aside from a stingy burn on evac. Wiping was uncomfortable and somewhat scratchy as a result.

4 flames for the burn.