Well these are another nood from the Philippines; but not by “Lucky Me”. In fact these are made by global noodle powerhouse Nissin; could be good, could be bad.

First impressions weren’t great and the taste wasn’t much better. The noods themselves were nice (kind of flat, good texture and gauge) but the flavour was pretty underwhelming. They were super sweet, a little soy-saucey and a tiny bit spicy. That’s it. And the serving was tiny too. Seriously, what is it with Philippines noods and tiny packets? Do they not get hungry over there? 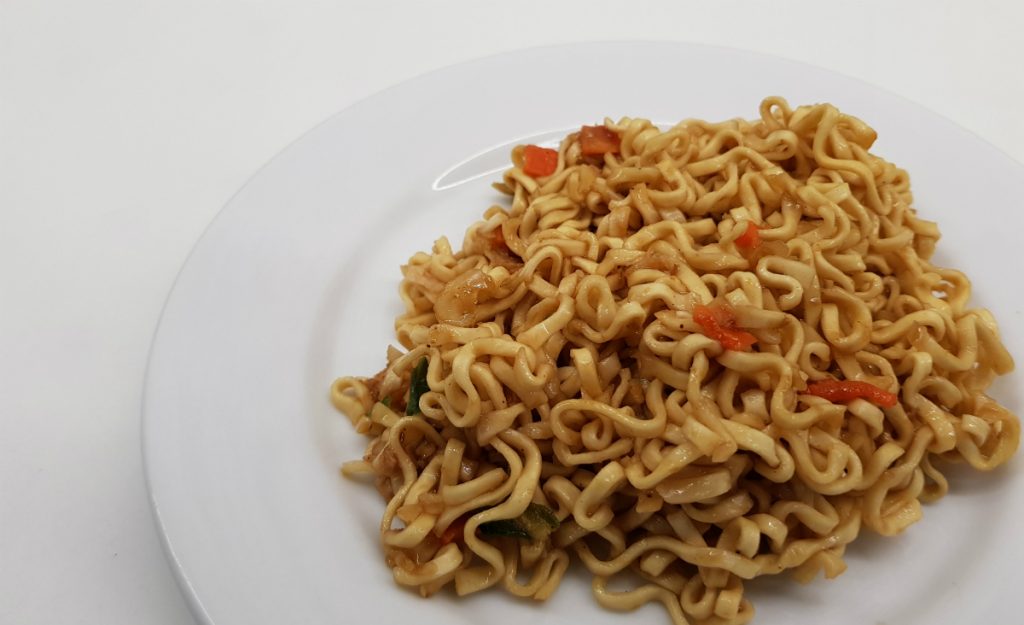 Overall, I think these are so average. In fact they may even be bad. Yeah, actually screw it; these are bad. Avoid.

Well, I actually had a night almost as bad as the last noods! Multiple runs to the toilet, stomach cramps appearing a disappearing at the worst times (seriously, how come exactly as I go to sit down and watch some TV my stomach decides now is the time to shoot?) and porridge-like consistency of the exits. These had hardly any spice so there was no sting, but my god the ingredients didn’t agree with my body.

6 flames; I was surprised!

Dammit another nissin nood what else can these guys claim is spicy!

The had to be one of the tasteless noods i have ever had, sorta tasted purely like soy sauce for the whole menu, there was the smallest hint of spice but even then that was a joke.

i wouldnt recommend this dish to anyone who had a mouth as this was just pure filth for me and should be a shamed to be a dish!