All these flavours and you had to choose salt…

Man oh man did these look promising. Noodle block was round, ideal for fitting in a bowl (observe below annoyingly aesthetic image). Three sachets, with the blood red “hot sauce” packet again looking like these will deliver. Other two sachets contained dehydrated veg and what looked like a gray pepper-ish powder. 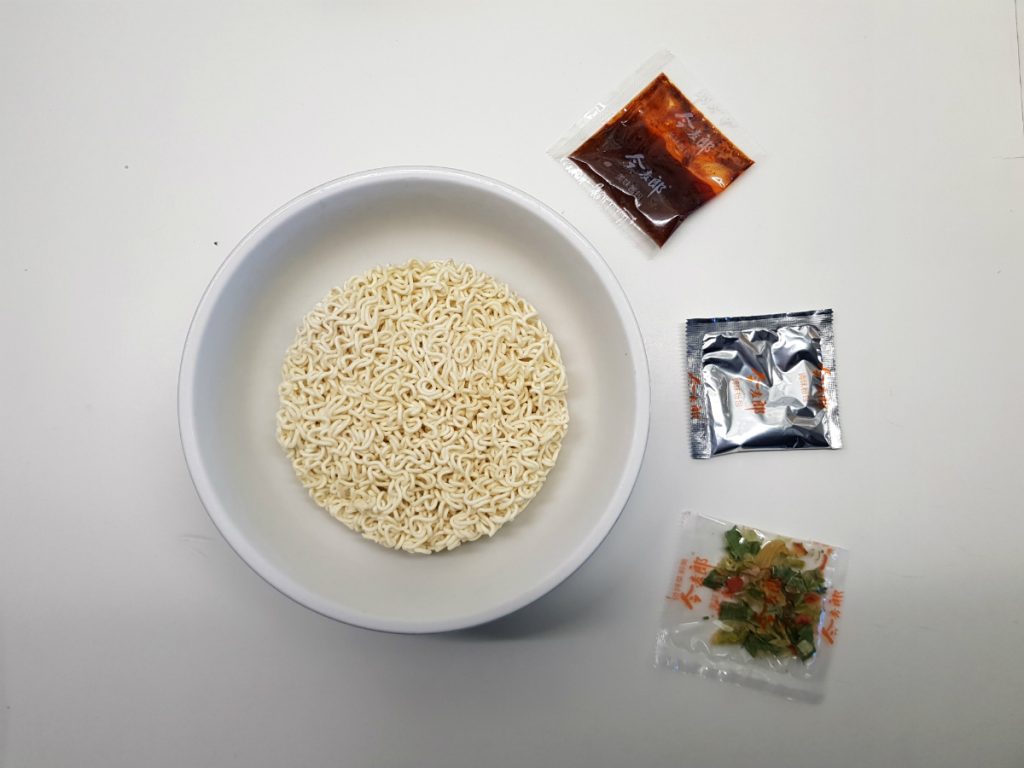 When all mixed up, these again looked like they would be delicious, but then Saltgate 2017 happened.. wtf? It tasted like i was biting down on hot salt rock. Now the noods were chunky so they absorbed most of the broth taste, which was just freakin salt. The heat was noticeable but more might have complemented the salt bath my mouth was now undertaking. The noods quality saves this dish. 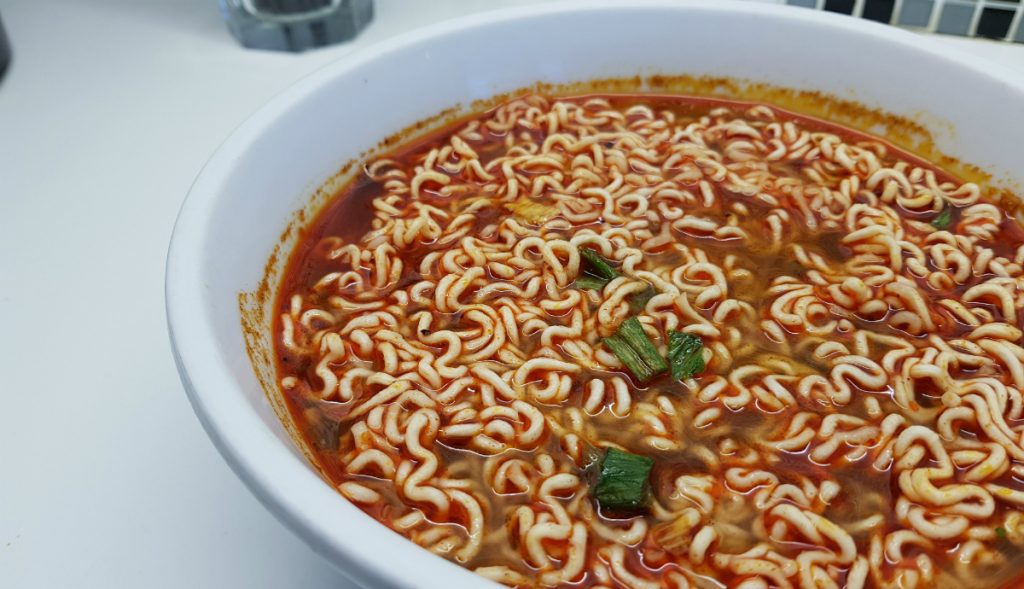 Yeah this was bad. I had an instant post consumption gurgle, was in a training room at the time so this wasn’t pleasant as it could be heard. Thought I was in the clear in the late afternoon until around 9pm when the pain began. Now these actually wrecked my stomach for the whole weekend. Gassy, anything I would eat would splurge straight out and stomach cramps showing up at the most random times.

10 flames, they fucked my weekend.

Ah China; you love your MSG. As expected these were more salty than Nic getting disconnected from a game of Friday the 13th while he is playing Jason (Damn thats salty). I did actually like the complex flavour going on here and the noodle block was a hefty size; not the saltiest of Chinese noods but I still think it needs to be dialed back a bit.

These are probably the first noods I’m giving a full 10 for; multiple instances of extreme stomach pains, explosive poop, messy cleanups, hefty gas, and overall regretting of my life. This morning it carried over too and I pooped more than I had ever pooped in my life. Consistency of porridge with none of the fragrance. Putrid. Worst night of my life.

10 flames; this was disgustingly painful

I’m starting to think China have cornered the salt market and are trying to create more demand by just throwing it all into their ramen. This was once again damn near unbearably salty. It’s a shame, the first mouthful is great – heck second still good – then everything after is just a smack in the face of pure salt. I get that this is down to the MSG but why, China? Why must everything you give us be so salty? Have we done something to offend you?

Also, I think it was spicy. I can never be to sure with these salt levels if its spicy or just salty. It had the same tingle and burn of just pure salt overdose but i do want to say there was some form of spice there to follow it up.

Regret? Yup, a lot. I was peeing out my bum, brown, burny, stinky butt pee. It was digusting. Avoid this one guys.

Here we go some truly horrific noods, the overwhelming taste and smell of salt is godly.

I personally didn’t mind the dish, the salt was punishing but it was “okay”…. this noodle should stay in the country of origin to never be seen by western eyes/stomachs

The packaging says beef flavor but all we got was salt, I dont know how much i can bad mouth this meal before its considered being mean so ill stop here

I personally didn’t get a massive regret level, probably because I wasn’t able to finish the dish all together, from what i can see i was let off on the easy side! 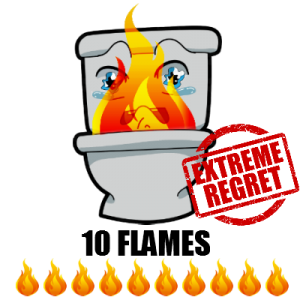