Maggi; is that you?

I don’t even know what to say. I wanted to give these the benefit of the doubt because Nissin have treated us pretty well with their other noods; these were a lie. A big fat lie. There is no Spicy, there is no Flavour; so how dare you call this “Spicy Flavour”? 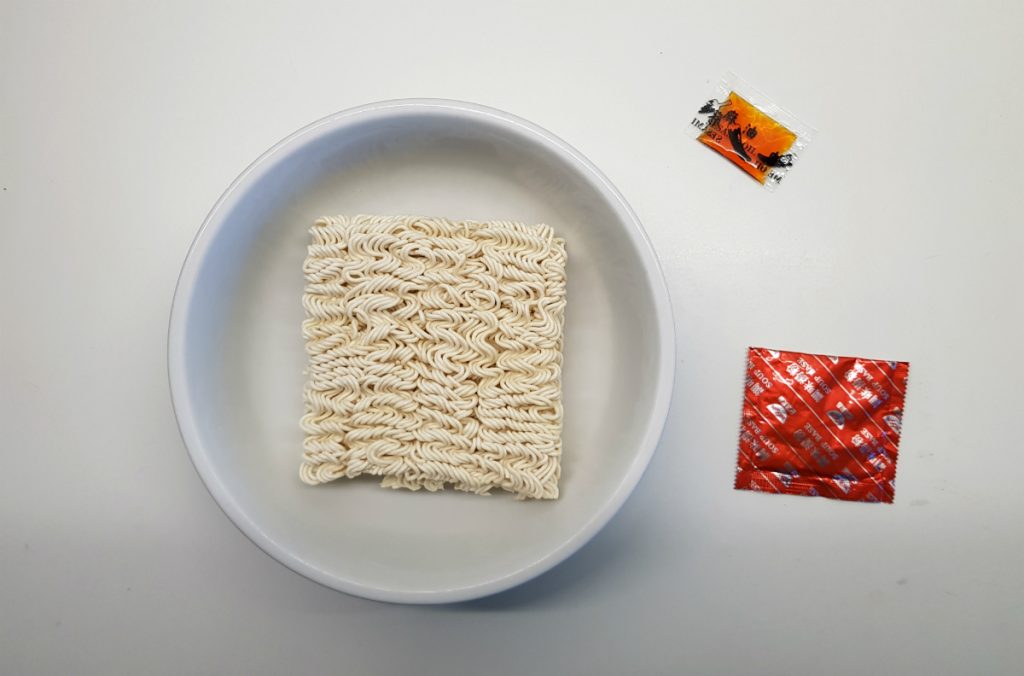 So we get the standard thing nood block you would EXPECT from a stir-fry, not a soup based ramen. But that’s OK, because a lot of soup base ramens choose this style of nood (which I don’t agree makes a good combination) and manage to churn out a damn good product. So I won’t judge on that. Now these also only come with 2 sachets; well that’s cool, maybe it’s really flavoursome? 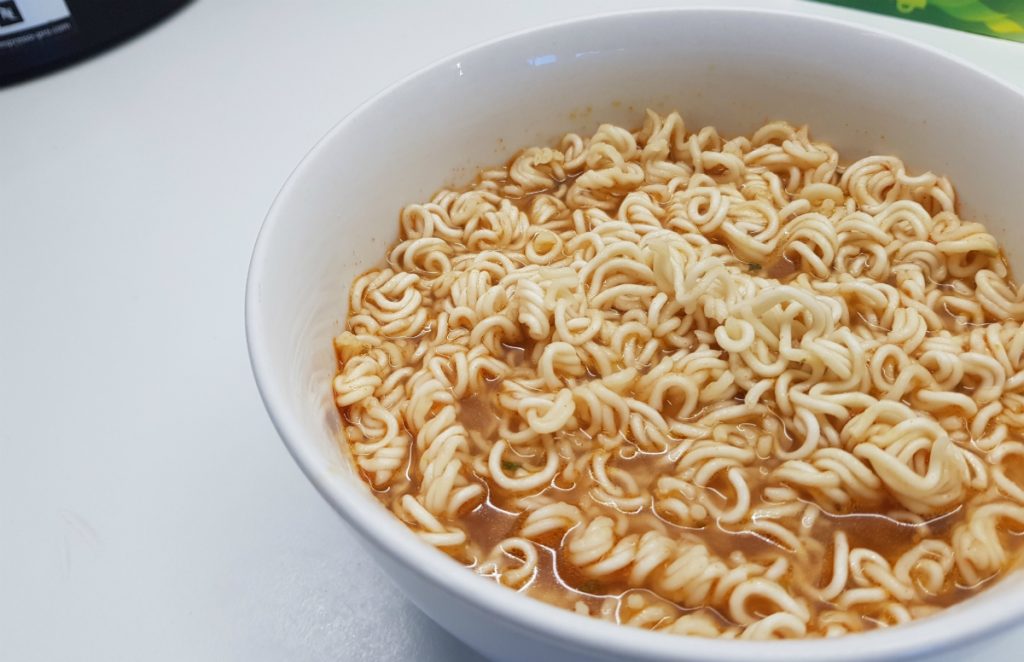 No. It isn’t. There is more heat in my freezer, and this tastes like I am eating a bowl of cornflour. I did get a hint of seafood at the start of the dish, but it soon was overpowered with the starchy noodle taste.

I’m close to saying bad. So close. Skip these.

Well, there was nothing. I mean, I did have the immediate regret of trusting Nissin so openly and I will probably never make that mistake again, but there was no poo-gret. I even took a risk and had a shit-tonne of sriracha sauce with my dinner that night; there was nothing. These are safe; but I wouldn’t recommend eating them.

Holy crap was this average. Nissin, you have brought us great flavours in so many varieties but this…. 1) it doesn’t even taste like anything, almost like boiling a ramen block with no flavour, and 2) it’s not even spicy, that was the only flavour it stated! How’d you fuck that up? You could have just put chili in there and you’d be better off. You gave the most vague description you had everywhere to hide and you just did nothing. It wasn’t bad, it just was the blandest ramen since Maggi week.

No regret. How you going to get regret from hot water and a ramen block?

What is this? Nissin (im trying to think of a nissan joke)

I made these thinking they were gonna be good because the packet looked the part, but i was sadly tricked, this was a terrible dish i felt like i was having water with a bit of pepper in it, Kam seemed to think I put to much water into it and watered it down, then he tried it (and I proved him wrong)

I really dislike this dish, am I allowed to say hate on this ?!? this by far has been the worst dish for me

No regret except for the regret of eating this dish!