Master Kong; I like to envision this being conceived by Donkey Kongs father. While DK was tormenting Mario and running around collecting Bananas all Master Kong wanted was for his son to take over his Noodle business. This probably is not however the origin of the name. 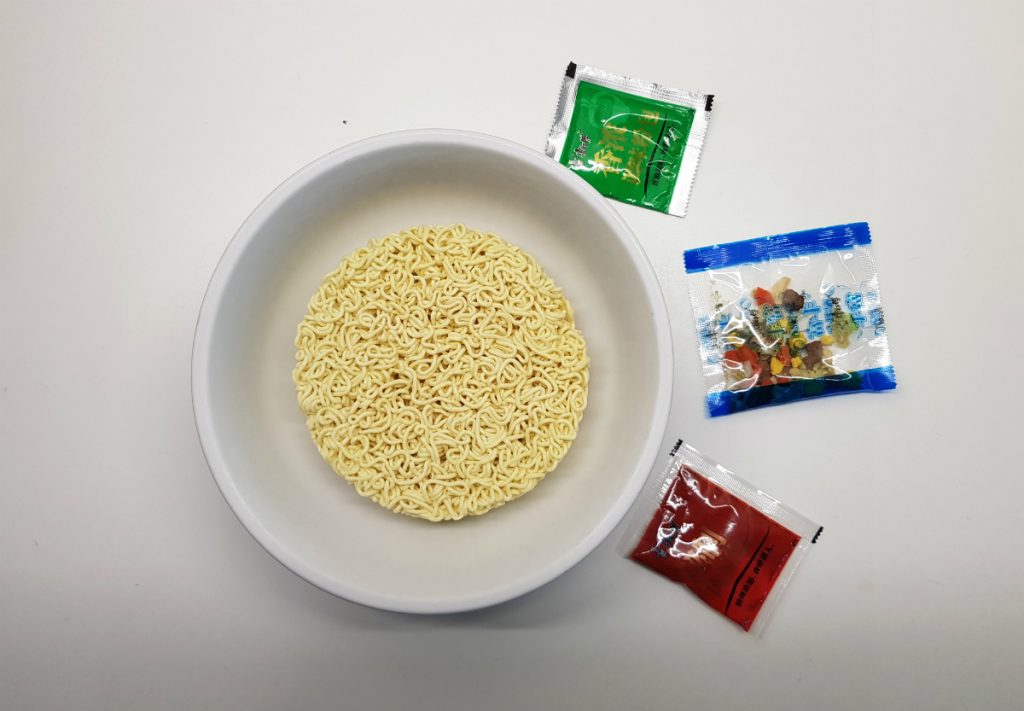 Firstly, a round Noodle block always steads in good favour for us. Bowls are round noodle blocks should be round, stop trying to make us put square blocks in round bowls, go back to Pre-Primary (kindergarten). After construction, this had a hearty winter soup aroma. The Chunks of (most likely not real) beef floating around the bowl are a nice touch and the bits included are very plentiful. 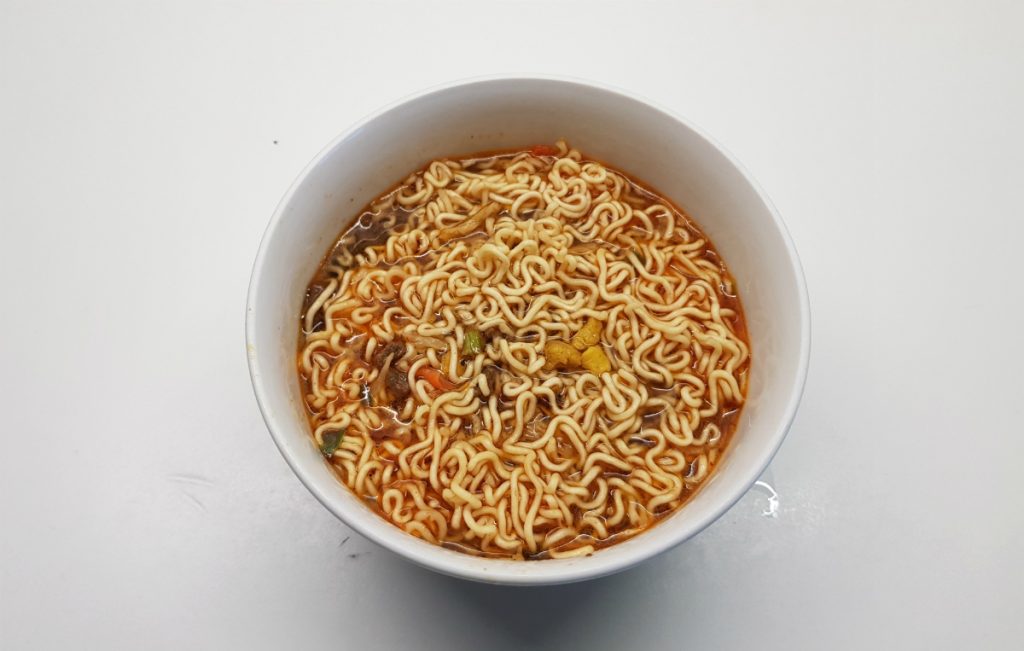 Spice was pretty non existent, perhaps something lost in translation. I feel when converting things to English, the word spicy can be thrown around as long as it has more heat than mayonnaise. I will admit, there was a bit of a pepper hit at the end of the broth, but pepper in the quantity provided is not something to move up the heat scale.

There really wasn’t a lot of fear with this serving. Low heat, will usually translate to low regret. I will admit, the poops were stinky, think baby shit smell. The rest of the visit to the lavatory went without a hitch. No gurgles in the tum, no urgency but not quite no worries.

2 Flame for the smell.

Well well well; Master Kong has not disappointed so far in the flavour department so hopes were that these will knock it out of the park too! Unfortunately it wasn’t as great as we hoped. Don’t get me wrong, noods that cook nicely, a hearty beef taste, but it just wasn’t fantastic. A solid dish, but no heat at all really. This leads me to believe the English sticker translation on the back of the pack that said (hot flavor) may have been lying. Ah well. I enjoyed it nonetheless.

So towards the late afternoon I was already getting stomach cramps; my body was really wanting to pass gas but being that I was in the office and around other people I really couldn’t. At about 4.45pm I decided to take a trip to the bathroom to try and relieve the pain in my lower stomach. I sat there…and sat…and sat. I had to push. It was one of those ones that wont come out but you try really hard and then some does come out but then no more, so you like, decide to wipe and then you totally use half the toilet paper just cleaning up. One of those ones. My stomach still hurt afterwards. Not a fan.

The rest of the night I was farting like a champ; these give me a LOT of gas. Be warned.

Hot flavour? more like pure pepper, the moment i picked one of the satchels up i could feel the peppery overload i was about to have, and o my load i was not wrong

I gulped up the broth and there was probably about a teaspoon of pepper left in the bowl which i was not going to touch, it left the taste of a steak and pepper pie in my mouth, never again for me