I think I have been eating shitty seafood flavoured things for a long time. I’m finding the seafood flavoured ramen haven’t been as bad as anticipated. I appreciate the cup noodle’s. I like that it’s the perfect work lunch, everything’s already in there, just add water. The flakes of (what I hope is) actual crab is a nice touch. I’m not big on corn but even that I could push though. 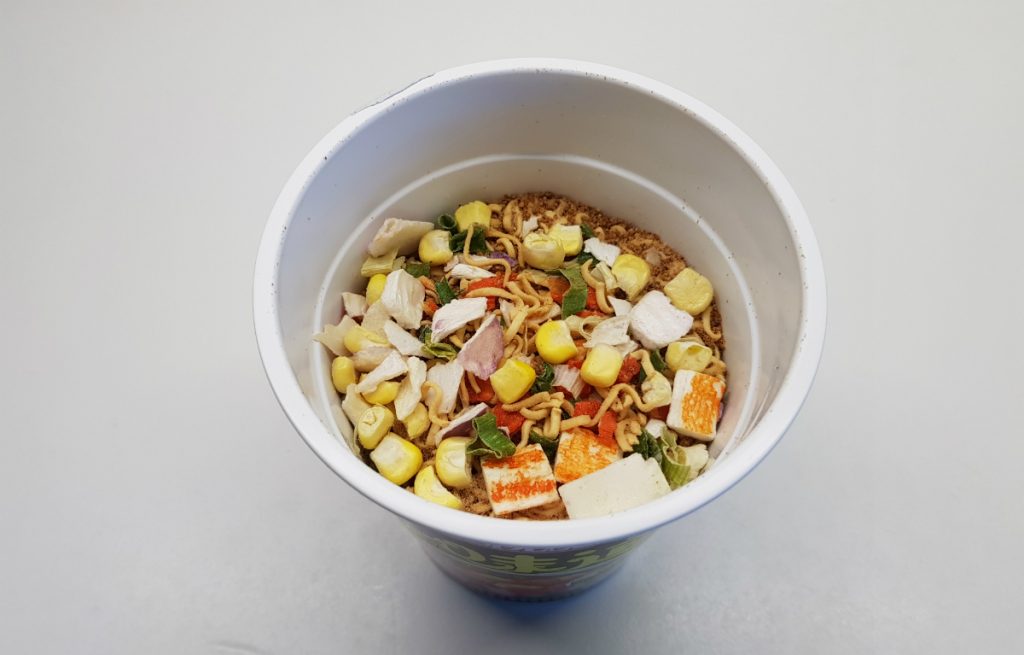 Flavour wise, this was more pepper flavoured than crab flavoured. I could taste crab the first couple of mouthfuls but was soon over run by large hits of pepper. The bits and bobs in the ramen were a nice and sweet relief from the abundance of pepper. 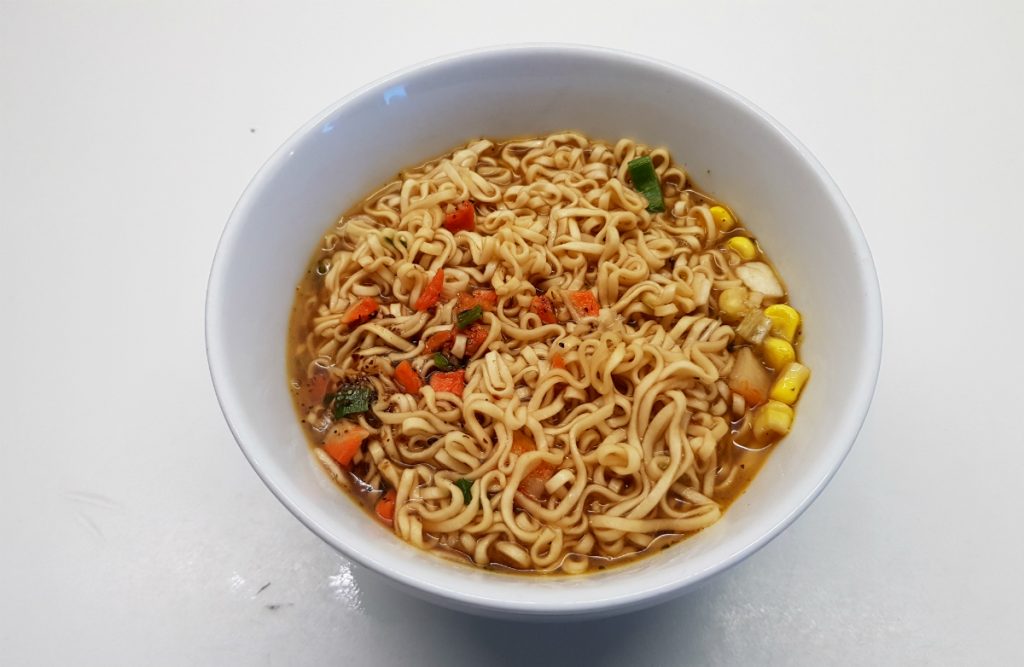 Heat was definitely present. It was a strong pepper heat, which is definitely a different beast to chili heat. It was extremely more-ish, I found myself after each spoon diving straight back in until reaching after reaching the end, the pepper heat retained in the mouth and it was a good 10 or so minutes before my mouth no longer felt like a sauna.

I had a great poop. It was slippery and I’m not sure if that has anything to do with the chipotle chicken I had that evening, but this was good. I barely even made it through a single youtube video.

See, I wasn’t actually sure if these were spicy when I saw then in the grocery store; however, the fish/lion (I believe that’s a Singaporean thing) is clearly breathing flames out of his mouth, and the ingredients do list “chilli” so I figured there has to be some heat here. And now we find out.

So as per the last cup noodle we had from these guys, the noodles are fantastic in terms of flavour retention; would expect nothing less from a specialised line like this. Nice amounts of roughage with some actual crab sticks (which never contain real crab meat) and a strong peppery heat; it’s up there near medium heat levels but Steve didn’t agree. Luckily Josh is on my side so it gets a medium from us! Democracy bitches. Really great pepper and crab taste (mostly pepper); just maybe a bit too much pepper for a second serve.

Well, good news here; not an ounce of regret here at all! My bunghole lives to fight another day.

We came, we saw, we peppered. Pepper crab is a favourite dish of Singaporeans, so I was eager to try this one.

They definitely went more pepper, less crab with this dish, probably to avoid having whatever building it is cooked in stinking of crab at mealtime. But this culinary choice left us with a yuge mouthful of pepper, especially towards the pointy end of the cup. It’s kinda like getting pepper sprayed, but you want it to happen. Underneath the pepper I can get a hint of tomato base, some choice bursts of sweetcorn and onions, but pepper rules the day in this neighborhood, boyo.

Fortunately, pepper doesn’t have the same effects on le pooper as chillis do, so I escaped this one unscathed.