Ahh, Ching’s ‘instant’ noodles that you’re meant to boil for like a million years. I think I was actually dehydrated after this, the noodles seemed to keep swelling in my stomach, absorbing the moisture from my very body. Would recommend you actually follow the instructions on this one to avoid injury, and get the full taste. 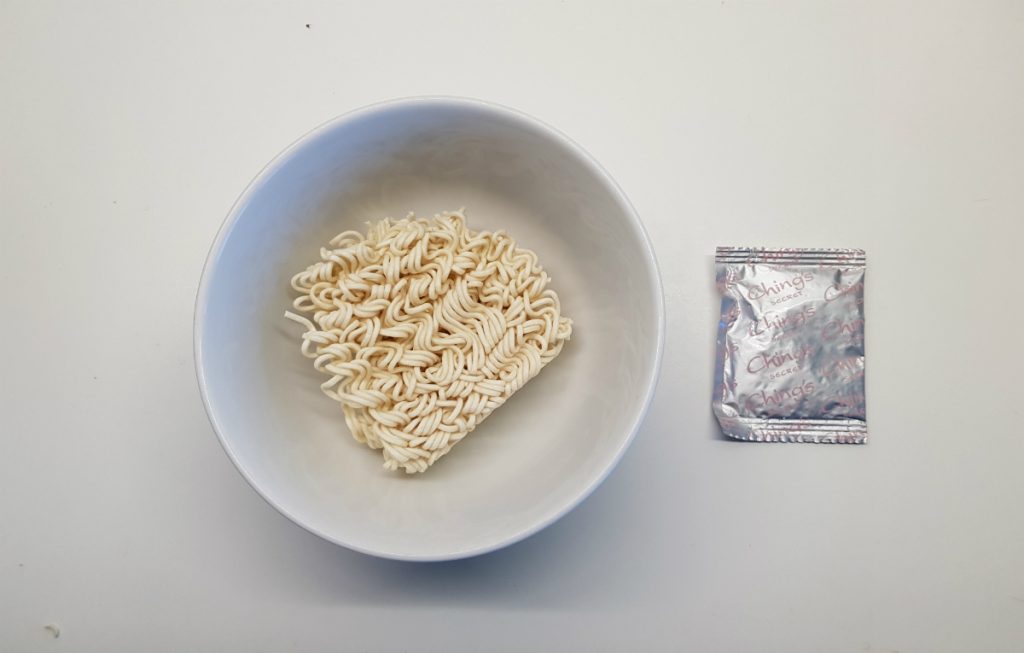 Apart from being capable of absorbing the Exxon-Valdez spill, this dish was quite tasty. When I could get to the parts that had a fine balance between no flavour and giant chunk of flavour sludge, I got a nice hit of spice, and a hint of some garlic, but nothing that really stands out taste wise. 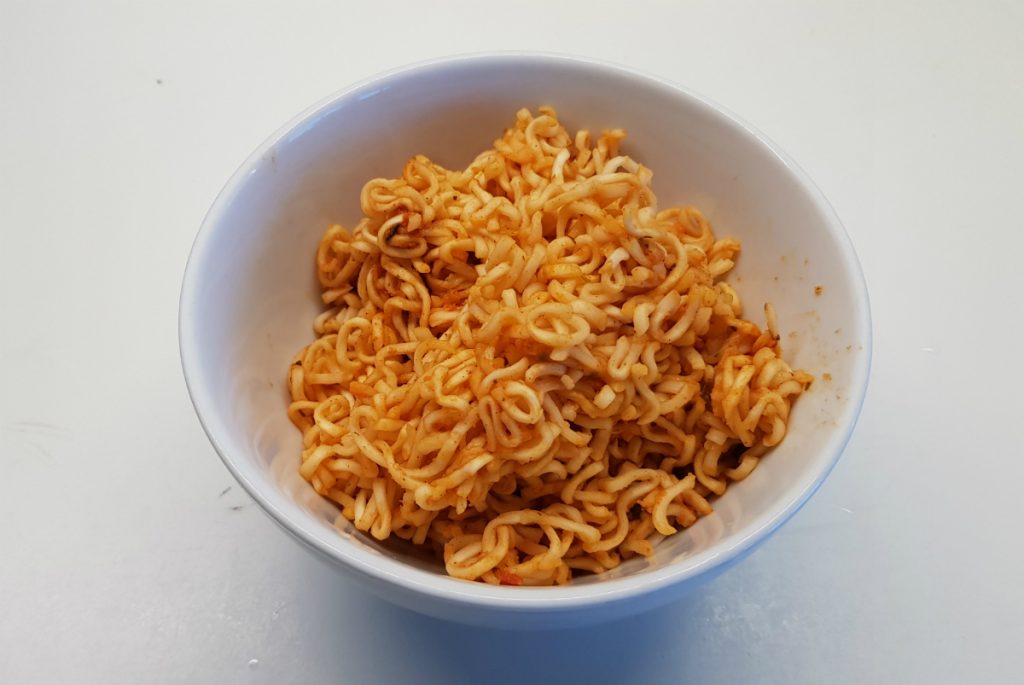 My regret was mostly limited to the screaming of my body for water, any water. So the rush home was just to get some high quality H2O in my system, and not out of any real rectal emergency. Still, that night required a revisit of the post-work poop at nearly the same volume, but no sting.

2 flames, you’ll get an encore performance.

Having experienced Ching’s Secret noods before we are well aware that we are not able to cook these according to packet instructions at work (you are supposed to boil the noods and the flavouring in a pot until all water has evaporated). This time we tried adding some water to the powder to mix in with the dehydrated noods to add a bit more moisture; didn’t work. These are still dry as the Sahara; but we aren’t marking down for this.

Flavour was OK, nothing outstanding, not terrible; these actually tasted very much like the Hot Garlic ones (only less garlic) and definitely had a heat kick to it; nothing insane but it’s present. I would probably eat these again, but I wouldn’t go out of my way.

So these ones gave me a bit of strife; I was fine until I started the new season of House of Cards. My stomach started giving me trouble and it felt like I was gonna release all over my sofa; I ran to the bathroom and plopped myself down on the cold ceramic bowl. Nothing. I had to push a little but there was very little release; just a whooooole lot of wiping. After about 20 minutes I gave up.

Another 20 minutes later and the stomach churns were back but no movement at all. I decided to just ride the stomach pains out for the rest of the evening. No real end-game.

4 flames; it was a moderately uncomfortable evening.

I remember this brand, I remember my mouth being taken on a journey through the Sahara. As a lunch room snack, these aren’t good, the cooking method to make them not the driest thing on earth involves burners and no; that isn’t what instant ramen is about! Get your shit together Ching!

No regret from these bad boys, My poops are becoming way more regular. Its a nice change. I feel like a healthy human being these days (If only I looked it)