What kind of rice does Spiderman eat?… Uncle Ben’s

Now I am a HUGE fan of Pho Soup, so when we spun these n00ds I was thoroughly excited. Loving the variety we’ve been getting as of late. These came in a cup, upon revealing the contents we found everything in plastic bags, nice touch. Rice noodles were bunched up and sealed, another bag contained four sachets and a plastic fork. Seeing so many sachets had us all intrigued. 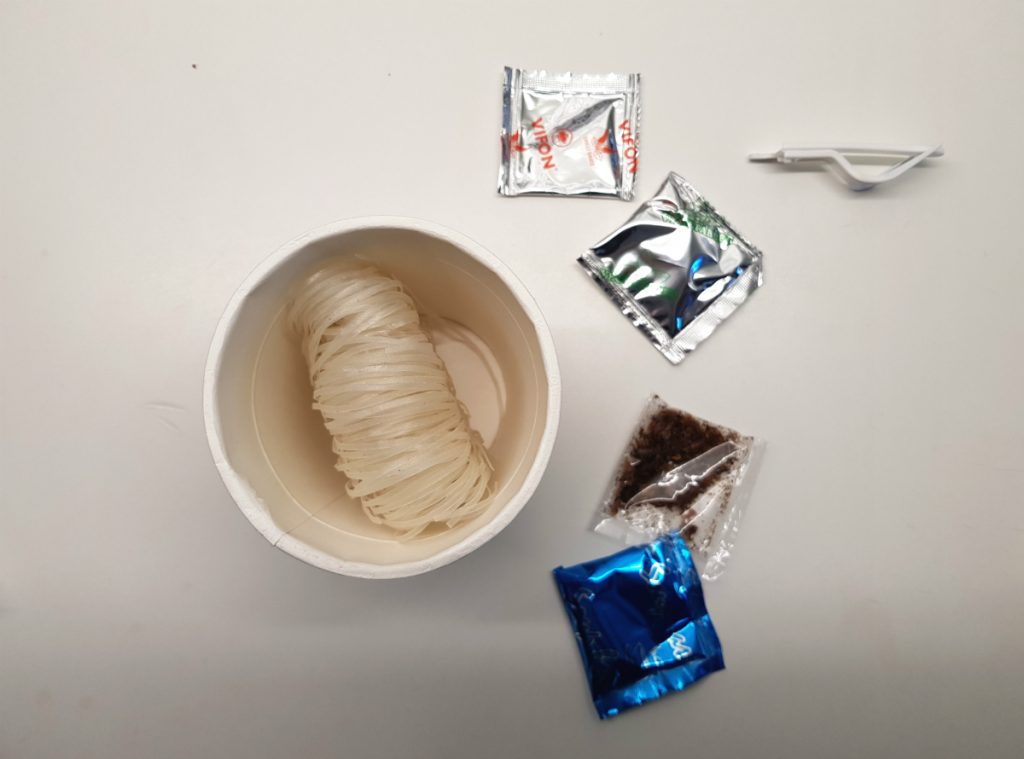 Now I strongly recommend breaking up the rice noods into the cup / bowl initially. When consuming, these were hard to bite down with your teeth and ended up with almost the whole nood serving on your fork. Opening the sachets, you get some dried veggies, some jam looking chilli substance, some powder (assuming for the sour element) and what looked like dehydrated onions. Once prepared, the smell isn’t quite appealing but that ain’t gonna stop us. 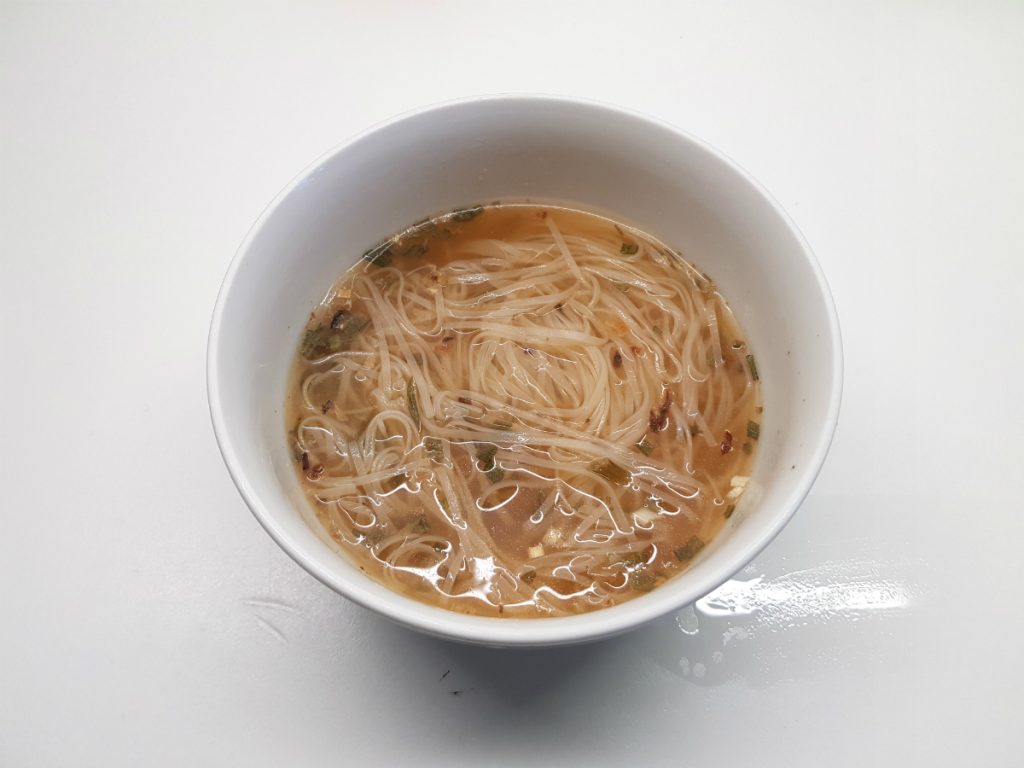 Taste was good! The rice noodles surprisingly held in a lot of flavour, however, as previously mentioned, breaking these up during prep would have benefited as they were hard to bite down. Could definitely get the sour taste, not overpowering at all, however the heat was very very very low. Some fire would have done these a world of good. Rice noods proved to be quite filling also, presenting in a snack size but felt quite satisfied after consuming. Would definitely eat again!

Nothing to report here, normal movements. Was expected with the almost non existent heat these carried.

0 flames, no brown loads were downloaded

It’s been a while since we’ve reviewed a Vietnamese nood; we don’t come across these to often. This one is Sour and Spicy; usually an interesting combination! These came with a lot of additives which got us all excited; powder, veggies, some kind of Jam, and some other powder…Lots of treats.

The noods themselves hydrated super quick and held the flavour fantastically; the only downside is they were very chewy and tended to clump together (almost as if the dish wanted me to shovel all of the noodles in my mouth in one go!). No heat at all really but a great flavour! Would eat these again.

Well I wasn’t expecting much but sometimes I’ve been surprised; no surprised here though! Safe evening, not even a normal poo. It’s now over 24 hours later and still nothing.

0 flames; your ringhole will thank you.

Gonna have to admit i saw this noods and instantly said to myself what have a gotten myself into, I have never had these type of noods to me and foreign food is something I’m not a fan of!

As Kam said with the chewy noods and the clumping together just made me think of this photo; this is exactly how it was eating these noods, they just keep coming!

There was basic spice in this meal, but I have to admit the broth was F**king amazing!!!

Because this one had no heat behind it, I was expecting nothing to happen, and that’s what happened 🙁

0 flames – the toilet will not need to be replaced