Mayo is a white boys delight

Spicy mayo flavour? As a white boy I am so excited about the idea of mayo. The tech thrown into the packaging is fantastic. Dehydrated veg with the noodles so they hydrate with the noods, a generous serving of sachets, this ticks all the boxes. 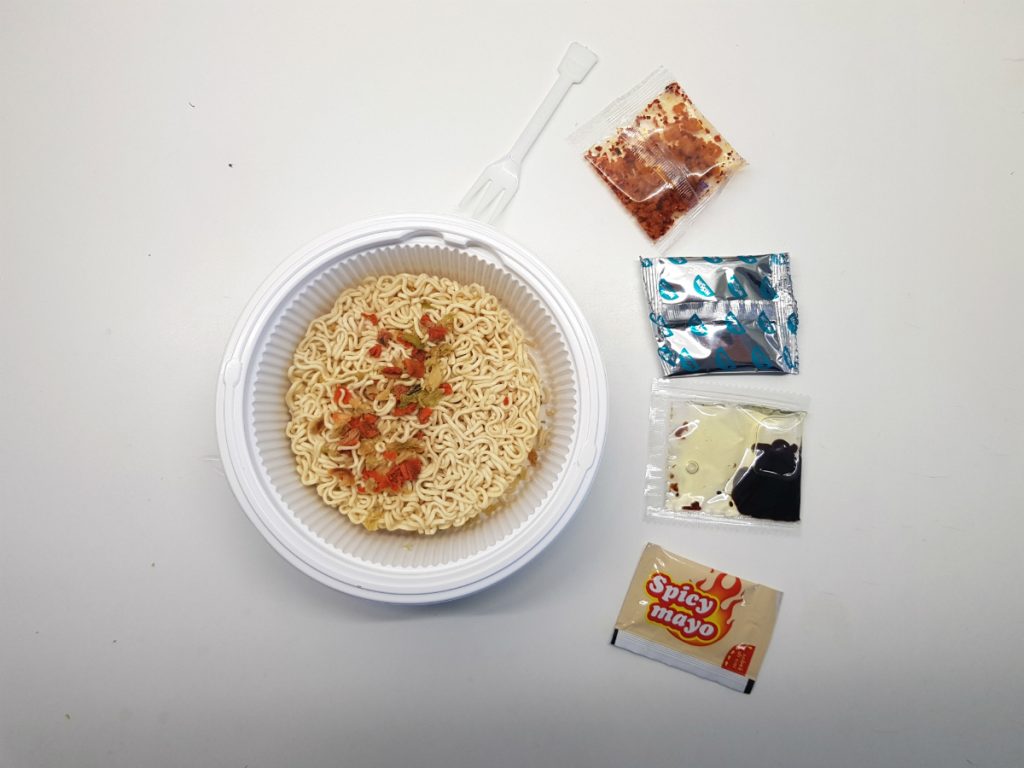 Lets talk about the draining system on the bowl, I think so many ramen companies can learn from this. It is simple and effective and means you don’t have to dirty a strainer or plate trying to get rid of the water after the cook; Good Job Nissin!

Typically, when it comes to cup/bowl noodles, the ramen is shitty and thin (in my opinion). Nissin though breaking the mould of having fantastic standard (thicker) noodles in their bowl making for a fantastic package as a whole. 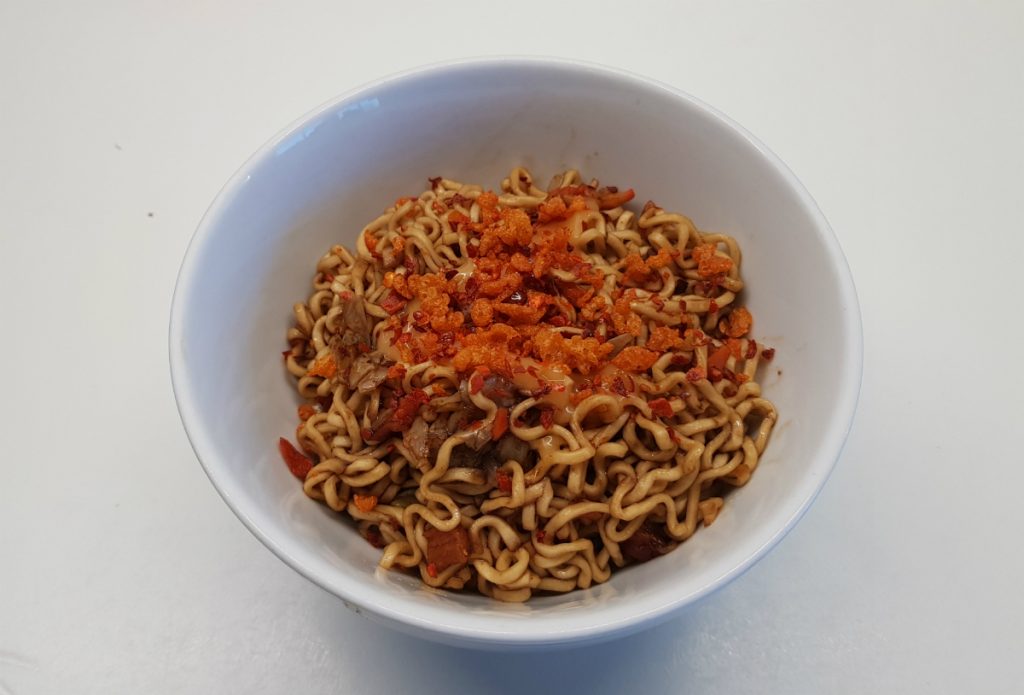 The flavour is like a lightly chilli flavoured Kewpie mayo (?), I enjoyed every mouthful, I was a kid that used to indulge in Lettuce and mayo sandwiches thinking they were the best things out.  I would happily eat this again and I’m hoping more than anything that a Wasabi Mayo variant of this exists.

Regret? As I said, low heat and mayo flavour. I don’t think anyone would expect regret from this. The evening bathroom visit was carefree, the morning visit relaxed.

0 Flames. If this carried any heat, this would have my vote for seal of approval

This is another one the Mrs brought back from Indo; it’s in a big bowl thats shaped like a U.F.O I guess. Packaging is pretty alright; and I’m intrigued by the fact it’s Spicy Mayo flavour. I love spicy mayo. Not sure about how I feel about it as a Ramen flavour but I do like it.

So these took a lot of effort to make; there are 5 sachets, and some veggies in the bowl already. These noods also come with Nissin’s patented Turbo Drain Technology! They went all out. And they didn’t disappoint; these were pretty damned good! Not really spicy at all but tasty as hell. Do recommend if you ever see these (and you like Mayo…who doesn’t like Mayo?).

So I didn’t really get any regret from these; all night was pretty straightforward. I did have a pretty hefty poo in the morning but no sting and no panic accompanied. Safe to eat, guys!