We screwed the pooch on this one; Wai do we do these things?

So these are the last ones that our fellow ramen-nite Ja sent us; the Thai trio is now complete. And Josh will again be super excited because these are another seafood variety! How great!

So as per usual from these Thai companies we have a tiny noodle block, and it looks to be the same mealy, crumbly, grainy noodles that seem to be all the rage over there; personally I don’t rate these kinds of noodles but the flavour is usually where the Thai’s win us over. 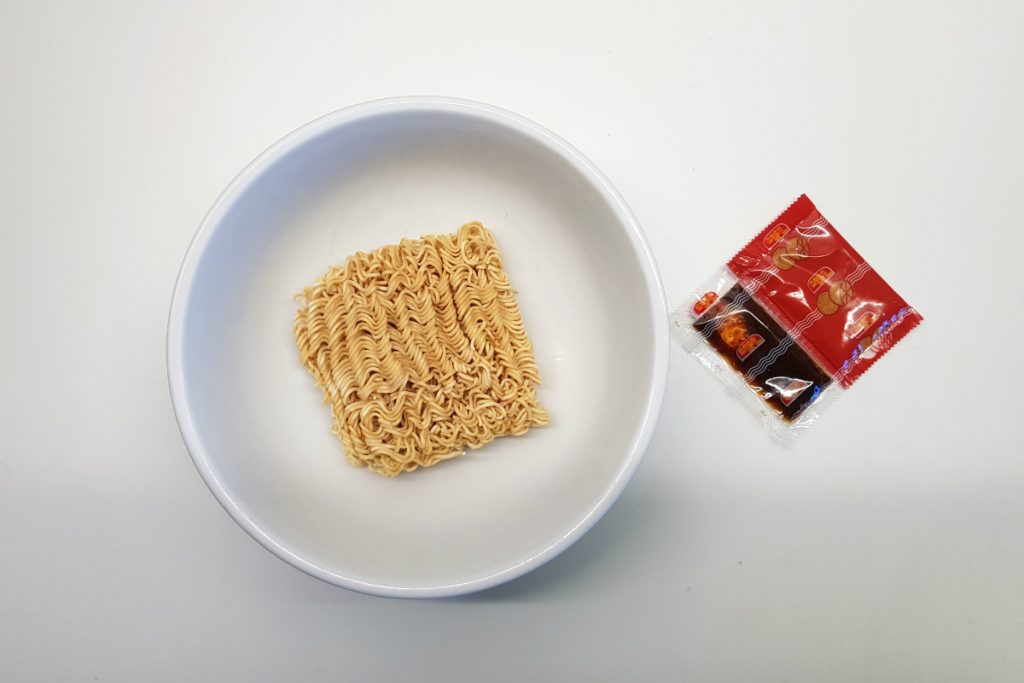 As expected, the noodles where sub-par; kind of felt like they were made of sand. I’m not sure why this is a popular style but I like my ramen slightly chewy with some good snap to them.

A fair amount of heat – nothing overpowering – but not getting any clam taste. Most of the flavour seems to be in the broth and this one wasn’t that fantastic. Don’t get me wrong, it tastes fine but not much of that shine that the other Thai noods we have tasted seemed to have. 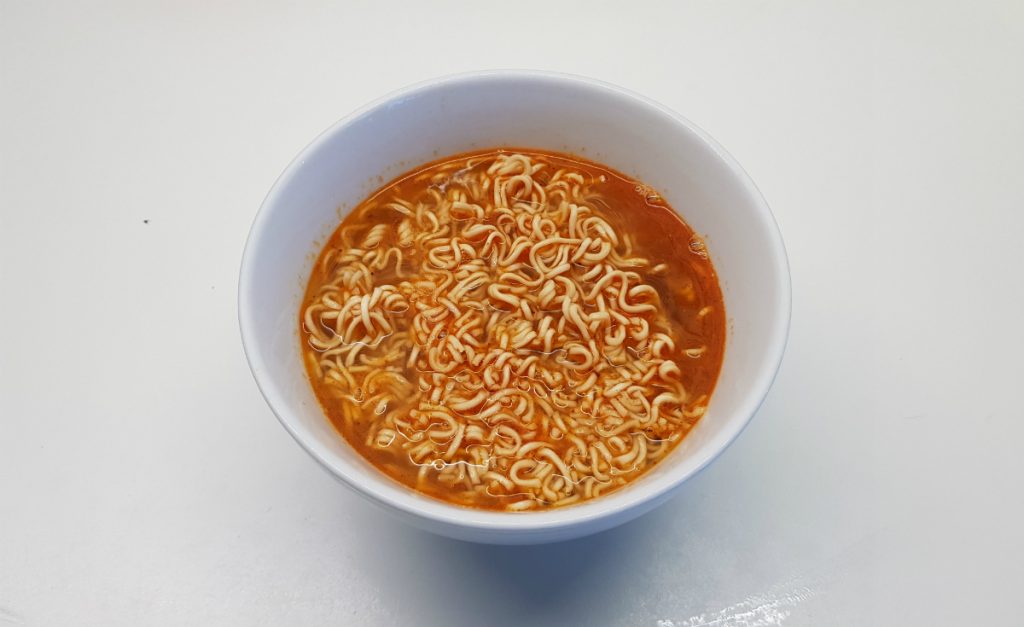 Overall a mediocre dish that was let down even more so by the crumbly sand noodles.

So most of the regret here was gas based; I was farting like a trooper last night. I wasn’t really aware of the extremity of it until I let one rip on the couch opposite the Mrs; she choked something mean and was almost in tears, shouting something about “poo particles” in her nose and eyes. I apologised.

This sort of wretched farting continued throughout the evening; wasn’t any real movement until the morning where it was one of the slimiest, greasiest, noisiest and messiest poops I have ever taken in my life. No sting, but my god did this stuff wanna get out of me!

6 flames; no sting and no pain but my god the gas release was immense and ongoing!

Hmmm Baby Clam flavour. My thoughts on seafood is well documented; Molluscs are a special tier of nope for me. All good instant ramen starts with the noodle cake and this noodle cake is my least favourite yet. It’s crumbly? Firm but soft but brittle? It’s a confusing texture. Then the flavour comes in to play which is underwhelming.

There was a wierd sweet taste that I couldn’t put my finger on. It was hotter than I was expecting but not over powering. The seafood flavouring was not as concentrated as I expected which is good but it’s an odd seafood flavour. I didn’t particularly enjoy this, I didn’t expect to and perhaps I came into this with a negative expectation but this is a well and truly earned “Meh” from me.

A lot of regret spawned from this guy. It came in 2 forms; 1 my stomach is not happy. I don’t know if this is an accumulative thing over time or what but I have been making quite a large amount of trips to the lavatory. Many tummy gurgles now even 20 hours after.

Regret 2: Me and the missus are in the process of cleaning up for a rent inspection, as my intestines are forcing things out at alarming rates at the moment, I was in a little bit of a rush. I jumped on the toilet, and poured the contents of my bowels out creating splash. I was not aware that the bowl was full of bleach. I now have a bleached anus, it looks nice but it hurts… A lot.

This was a pretty meh one for me, kinda seafoody kinda not, not a whole lot of flavour, it’s almost as if this shouldn’t be a soup noodle.

The package also does say ‘pour water’, but it doesn’t stipulate how much, and the picture on the front is kind of a soup. The mysteries of the Orient strike again I guess. But a quick google reveals our folly: https://importfood.com/products/thai-noodles-rice/item/instant-pad-char-wai-wai-brand

So they are dry noodles, but in silly westerner fashion we are useless without pictures and forged ahead convinced of our own superiority. We done goof’d guys, but in journalistic fashion we can wear this and forge ahead.  Anywhoo the ‘soup’ version is pretty much as my co-n00dists have stated; flaky noodles, more spice than expected, and not much of a seafood taste.

My regret is not googling earlier, but real regret wise I seem to have dodged the bleach-soaked bullets of my compatriots, despite having a bit of an urgent visit that afternoon.

3 flames, you may hurry to find a toilet, but not a huge punishment.