HWA have we been all these years?

So today I am going solo; I had three packets of these in my drawer at work but someone obviously thought it was a good idea to steal one for a quick lunch-time snack and I really couldn’t be bothered to go out and buy another one. So I share some of the responsibility for leaving Josh out.

Funny story; this review was gonna be me and the home-slice Andy. He ate a packet. He said they were good! But it’s been two weeks now and he hasn’t written his review so I’m pulling the trigger without him. Pretty sure he’s ghosting the hell out of me. Maybe he found a new ramen review website and we are the side-piece…So this is how it feels. Is this the beginning of the end? 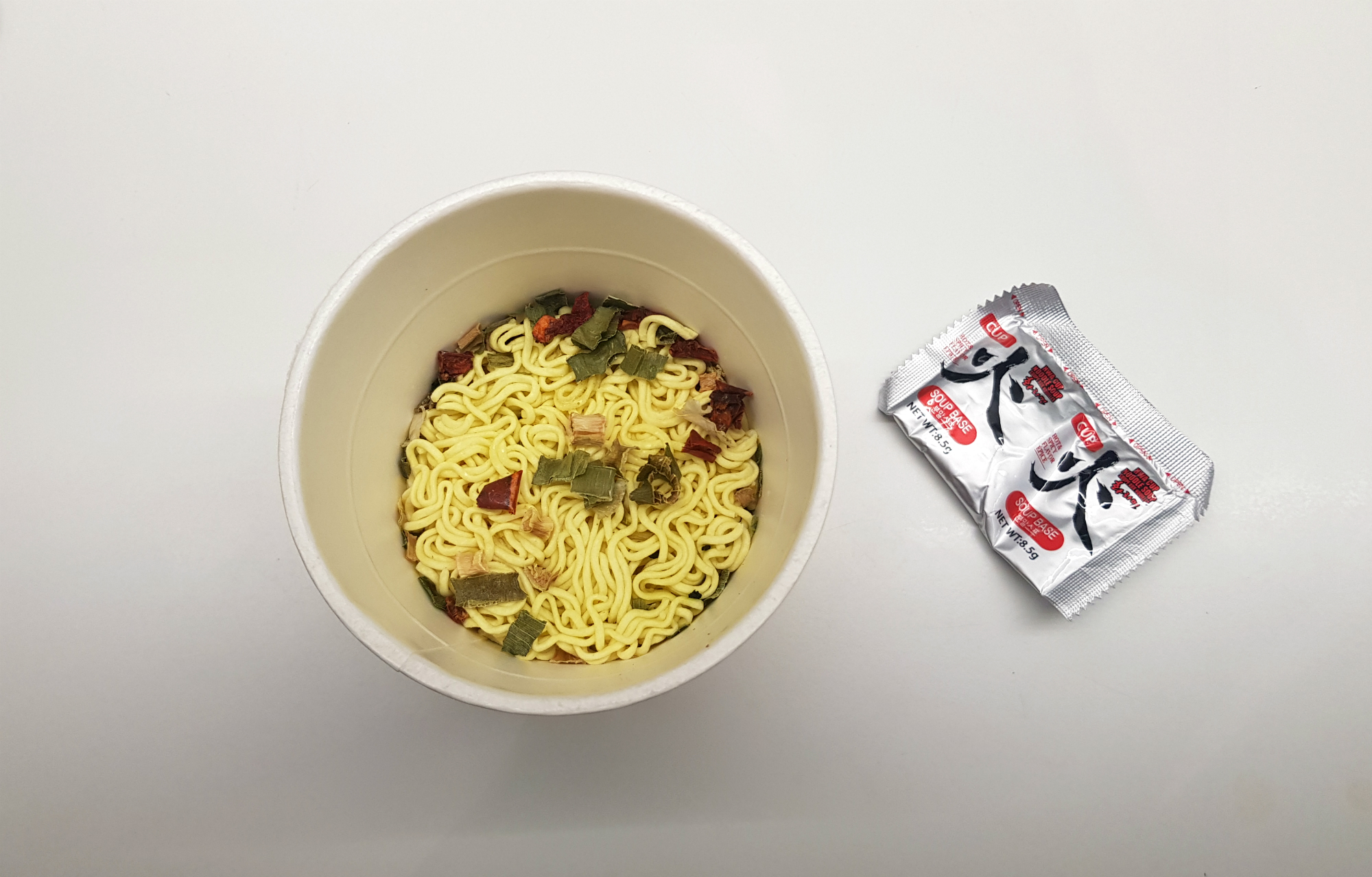 As expected from cup noodles we are looking at nothing too impressive; they are thin (to help cook quicker) and unexciting but I won’t be too harsh since they are cup noodles.

The smell is great! They have a deep, hearty, meaty flavour to them and a nice hint of spice that isn’t too overpowering but definitely lingers after consumption. The dried veggies are a nice touch too!

These are very much a de-facto noodle when it comes to the flavour (think Shin, or Jin, or Yeul) but I feel like it is much heartier than the aforementioned. I do like these quite a lot!

You want the long version or short version?

Well, they are both the same; I didn’t poop. Take from that what you will. I actually was really hoping for some pain or something. I know you guys come here for that. I’m really sorry. We (Andy) have (has) let you down.