Well this is odd, Didn’t I do the review for the last Song Songs? Seems odd to have me say the similar things about the same noods in different packaging! Here we go though!

I prefer bowls for convenience sake, I like not having to source a bowl and just dump what I need into a pre-package and go. I’ll always have a place in my heart for bowl noodles that have some form of mechanism to drain them easily too, even though the perforations on mine didn’t work exactly as it should. 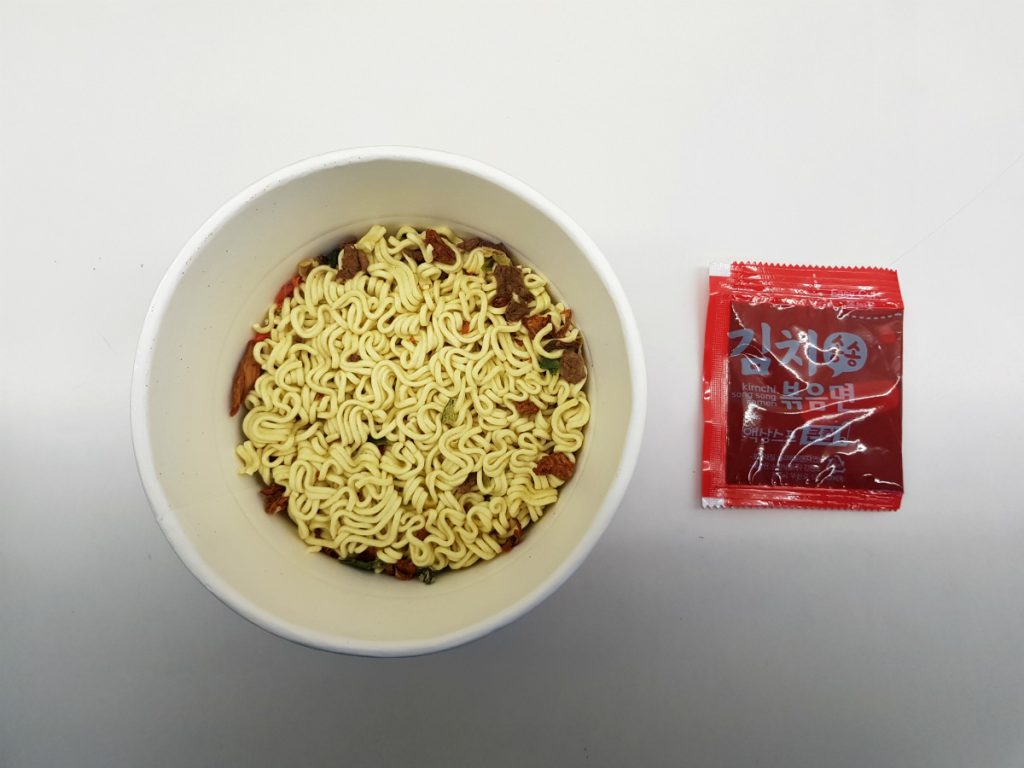 Noodle wise, slightly thinner I think, I’m trying to compare the pictures, it has been a while but I feel the cook time was better from memory? It’s been so long. Bits in the bowl, sauce on the side, drain the water add the sauce and BAM, back in familiar territory. Tasty territory, the delicious district! These are STILL fantastic! In saying that why wouldn’t it be, the packet version was delicious and this is fundamentally the same thing just in a bowl with what may be slightly thinner noods. 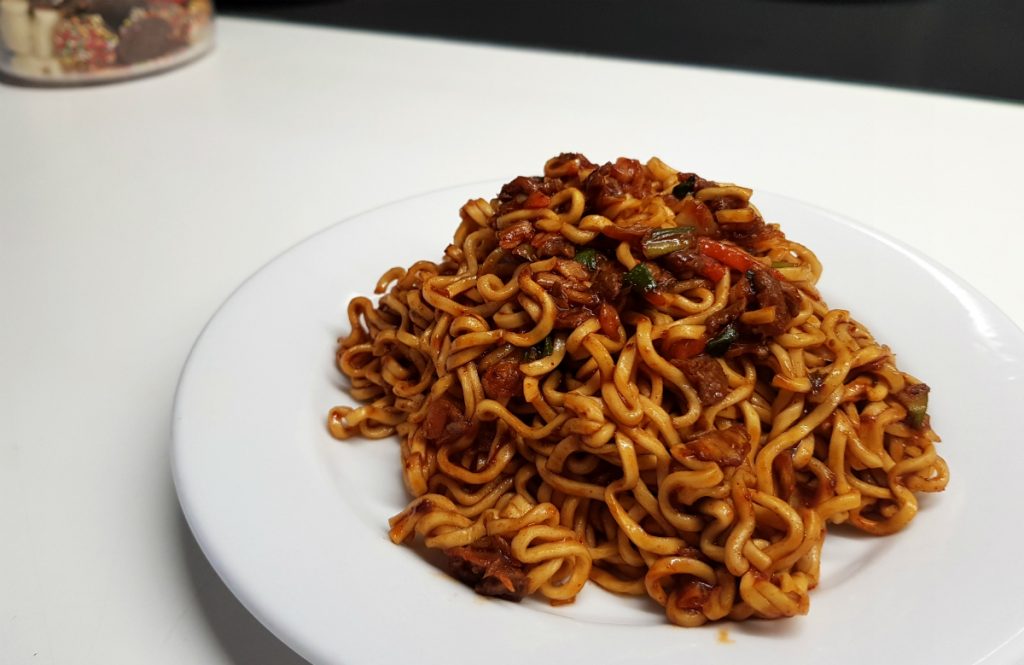 Nice sting to the pallet, my face was warm, my tongue; tingly. These could easily be my staple ramen, the Kimchi tang, the spicy heat, the satisfaction of being able to throw my dishes in the bin… PERFECT

I didn’t really think this was going to cause any dramas. I mean, the last ones received 1 flame and only because I held too long before having a porcelain party. The result was much the same, usual run of the mill endeavour but the smell was definitely quite potent. I’m not sure if it’s because I used the tiny toilet when last time I used the en suite but boy-oh-boy was I gassed out!

2 for a smell so thick I could chew it.

These are some of the noods Samyang sent us a little while back; we reviewed the packet version and they were fantastic! Let’s see how their bowl variant pans out shall we?

The noods are a bit thinner as expected but soak up nicely so are super quick, and I mean “2+2 is 4 minus 1 is 3 quick maff” quick. Flavour is astounding; I forgot how good these are! A healthy heat kick and a great tangy kimchi flavour. I’m in love with this bowl.

So the evening was a little gassy; farting like a champ I was! No urgent rushes, and no stingy poops but my god was there gas! I don’t remember the packet version being this much of a catalyst for wind passage. Gonna have to give this something more.

Here we go, are we finally getting back into the groove of things?

I faintly remember a packet version of these that tasted the exact same! but these had a doomy gloomy feel to them, they had the dark blood colour like the 2x fire noods.

The flavour was enjoyable, this would have to be one of the best kim-chi noodles that I have had!

Now the heat, it wasn’t the hottest I’ve had but it could possibly be that I have gotten weak with not eating any noodles! (trying to lower my daily MSG intake)

The regret was not there for me, but my housemates would have to say otherwise because of the ripper farts I was producing! 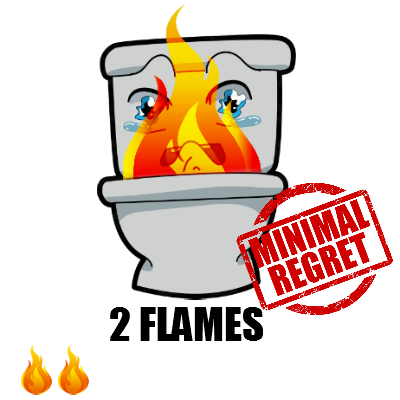 It was close, but these just pinch in another seal of Approval! Samyang, you guys are gods!